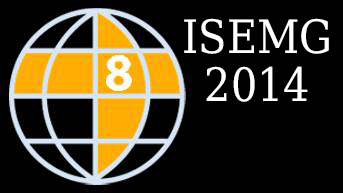 Since decades, onland and offshore researches revealed extensive amount of information on the geologic, tectonic, seismic and climatic history of the region. Besides, discoveries of natural resources raised interest for new research and investments in the Eastern Mediterranean. The International Symposium on Eastern Mediterranean Geology (ISEMG) aims to provide a permanent platform for experts in geology, geophysics, mining and other geosciences to share and discuss their recent work and hereby establish international networks among several disciplines of Geosciences. Since 1992, the symposium has been held in several countries, such as Israel, Jordan, Cyprus, Greece and Turkey. Since then, the community of ISEMG has been continuously increasing. Now in 2014, the 8th ISEMG will be held in MuÄŸla SÄ±tkÄ± Koçman University.

The Department of Geological Engineering of MuÄŸla SÄ±tkÄ± Koçman University is honoured to host the 8th International Symposium on Eastern Mediterranean Geology . We welcome studies of a wide range in geosciences and are looking forward for your contribution to this symposium. The 8th ISEMG is hoping to support the existing geoscience network and enable new collaborations among colleagues for future projects in the Mediterranean.

We are looking forward to seeing you in MuÄŸla.