Activated Sludge: Past Present and Future 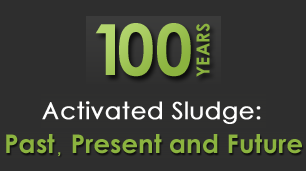 To commemorate the achievements of Ardern, Lockett and Fowler at Davyhulme, the CIWEM Wastewater Mangement Panel and Aqua Enviro are organising a Centenary event on the 2nd and 3rd April 2014. United Utilities are the Lead Sponsor for the event, and will bekindly hostinga site visit to Davyhulme.

The conference willinvolve two days of invited speakers covering the past, present and future of activated sludge . There willfeature a large trade exhibition as well as an historical exhibition tracing the history and development of the activated sludge process around the world.

The activated sludge process is now one of the most widely used processes for the treatment of wastewaters from medium to large populations and it has found application in almost all of the countries of the world. It is widely accepted that the original process is attributed to the experimental work undertaken by Dr Edward Ardern and Mr William Lockett and carried out at the Davyhulme Sewage Works which at that time were operated by the Manchester Corporation. The origin of the process and the experimental work on which it was based were described by Ardern and Lockett in a series of papers read by them before the Manchester Section of the Society of Chemical Industry. As a result of this early work Lockett applied for funding to the Worshipful Company of Grocers and in July 1914 he was elected a Grocer's Fellow, a position that was renewed in 1915 and 1916. Ardern also presented the findings of their research to the 13th AGM of the Association of Managers of Sewage Disposal Works on 10th December 1914 - this organisation was a forerunner of the present CIWEM and both Ardern and Lockett were early members. Thus there were four UK organisations who involved in this breakthrough: Manchester Corporation as the employers; CIWEM as the Institution; the SCi who hosted the original meeting and published the paper and the Worshipful Company of Grocers who funded the follow up study that ensured its full-scale development.