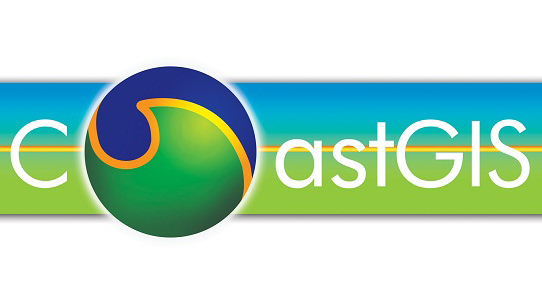 CoastGIS is a biennial series of symposia that brings together practitioners and researchers in the field of marine and coastal Geographic Information Systems, remote sensing and computer cartography.

The CoastGIS Conference series began with what was planned as a ‘one off' conference held at University College Cork, Ireland, in 1995. The goal then - and now - was to focus on how information technologies, including Geographic Information Systems (GIS), are used in coastal zone management, science and research. Over the years - with the forthcoming CoastGIS 2013 being the eleventh in the series of conferences - new topics were added to the list of themes covered by the conferences, including marine and coastal spatial data infrastructures (SDIs), marine spatial planning, public participation in coastal decision making and socioeconomic issues.

The CoastGIS conferences were conceived and structured to foster an increase in knowledge of GIS and related information technologies among technical people and for researchers in the fields of marine science and coastal zone management. Over the years, as coastal/marine researchers and managers have become more IT literate, especially in regard to GIS and, now, online web services, the conferences continue to provide a showcase for new developments in information management and dissemination technology as well as a learning experience for all involved in coastal zone decision making - researchers, technicians and managers in educational institutions, public authorities and commercial firms.