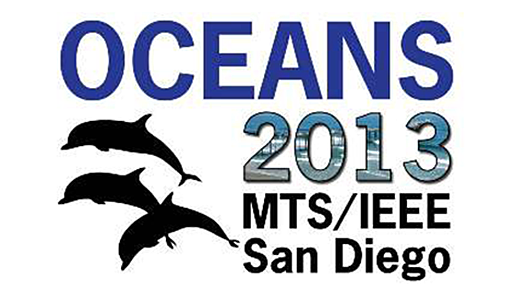 The OCEANS '13 MTS/IEEE San Diego committee invites you to beautiful San Diego to participate in the world's most diverse and prestigious conference and exposition regarding our most critical resource—the oceans. This will be the 7th time the OCEANS conference has come to San Diego. The team that orchestrated the OCEANS '03 San Diego conference—the largest OCEANS conference to date—has returned to raise the bar even higher. The '03 conference, which was a cornerstone of the Scripps Institution of Oceanography's Centennial, had a total event attendance of 5,400, the exhibition included 301 booths and the technical program exceeded 800 excellent presentations. That international audience, from 46 countries, helped us establish the theme for the OCEANS '13 conference—An Ocean in Common. The OCEANS conference is jointly sponsored by the IEEE Oceanic Engineering Society (IEEE/OES) and the Marine Technology Society (MTS). This international conference is a major forum for scientists, engineers and those with an interest in the oceans to gather and exchange their knowledge and ideas regarding the future of the world's oceans. In addition, a two night film festival and weekend golf tourney will kick-off the week's activities that will also include a day of tutorials and a banquet on the USS Midway aircraft carrier in San Diego Bay.