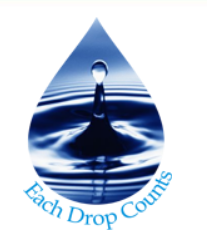 Globally competition over freshwater resources has been increasing during last decades due to a growing population, economic growth, increased demand for agricultural products for both food and non-food use, and a shift in consumption patterns.

India is growing...practically in every aspect. At 7.6%, India is the fastest-growing economy in the world today. With booming economy, people’s expenditure patterns change and so do their lifestyles. Rapid urbanization is also adding fuel to these changes. As a result, food consumption patterns are changing—changes a traditional country like India would not have imagined a few decades ago. The changing food consumption patterns are so significant that they have a considerable impact on future food and water demands. India also has a significant spatial mismatches between its populations and its water resources; less water is available in places where more people live and much of the food is grown. Thus, the manner in which India meets its increasing food and water demands has been the major focus of many recent food and water demand projections both at the global scale and at the national scale. According to a report by the 2030 Water Resources Group, India's water requirement will be about 1,498 BCM in 2030, which is double of the estimated aggregate water demand at present. But water balances for the country as a whole are of limited value since they hide the existence of areas of acute water shortage and do not reflect problems of quality.

India faces major challenges in the water sector with the per capita availability going down and demand growing due to urbanisation and industrialisation. Inefficiency of water use in agriculture, over-exploitation of underground water and contamination are other issues associated with water management in the country.

All these studies and research univocally says that it can not be 'business-as-usual' if India has to meet food and water demand and aspirations of its growing population. Smart solutions are urgently needed to holistically address to ensure adequate water supply for a growing India.

While there is a wide recognition that around 54% of India faces high to extremely high water stress, smart solutions and sound approaches to the utilization, conservation, protection, and administration of the resource are yet to be implemented.

The objective of the 10th World Aqua Congress is to bring various stakeholders on a common platform, highlight smart solutions in various sectors, discuss inclusion of these solutions in policy framework and work towards ensuring a more sound future for the world we leave to our children. Accordingly, the Congress is targeted at natural and social scientists, practitioners, and technological innovators, as well as policy and decision-makers, financial stakeholders and investors, legal and regulatory specialists, and groups involved in capacity building.