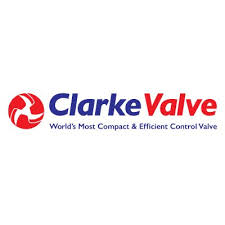 Clarke Valve was founded in 2011 by Kyle Daniels in Miami, FL, a descendant of the Miami Beach pioneering Clarke family. Mr. Daniels named his company after his great uncle, Gerald Clarke, who gave his life serving in the U.S. Army in World War II. Gerald Clarke was a brilliant mechanic and inventor.

Kyle Daniels developed the technology behind the Shutter Valve during his career as an aerospace engineer, originally as a solution for critical operational issues commonly found in aircraft valves. The Shutter Valve started life as a new valve concept over 20 years ago, and over time has transformed into what is now one of the most efficient and cost-effective valves in the world. Utilizing cutting edge design techniques driven by aerospace-derived fluid dynamics, the Shutter Valve is the next major evolution in control valve design.

Clarke has developed the patented Shutter Valve to meet the ASME B16.34, ASME B16.10 and ASME B16.5 international valve standards, as well as ISO 5211 standards for valve automation. Shutter Valves are available in sizes 1/4″ – 12″, ANSI pressure classes 150 – 1500, in ISA or ANSI Globe Valve face-to-face dimensions, an equal percentage flow characteristic, and very low torque requirements, all in a package that weighs and costs much less than equivalent Globe Valves. As a result, industrial valve customers all over the world now have a cost effective alternative to Globe Valves, while keeping all of the performance attributes their processes require.

Due to its best-in-class sealing system, the Shutter Valve is also the first control valve to achieve both API 641 and ISO 15848-1:2015 certifications, making it the world’s most compact, efficient, and environmentally friendly control valve.

Our mission at Clarke is to continue to innovate and develop valves that customers, technicians, mechanics and engineers love to use, while keeping costs to a minimum. Clarke Valve technology can be easily scaled or customized to meet many challenging requirements, and is currently deployed in a diverse spectrum of markets, including oil and gas, aerospace, chemical, power plants, and water management.

All Clarke Valves are 100% inspected and tested to ASME B16.34 and FCI 70-2 standards for control valves. Clarke Valve is an OSHA-certified ISO 9001:2015 company with a rigid Quality Control process that guarantees the safety of our products.