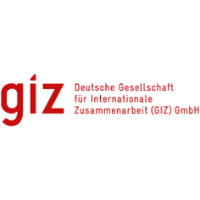 The Deutsche Gesellschaft für Internationale Zusammenarbeit (GIZ) GmbH has been supporting sustainable development in Benin for 40 years. Its main commissioning party is the German Federal Ministry for Economic Cooperation and Development(BMZ).

GIZ operates in more than 10 locations throughout Benin. Since 1992, these activities have been managed centrally from GIZ’s office in Cotonou. Currently 272 national and 34 international employees, 2 integrated specialists and 23 development workers are working in the country (as of 31.12.2017).

Despite maintaining stable macroeconomic growth since the early 1990s, Benin is still one of the world’s poorest countries.

Most of the country’s workforce is employed in agriculture, the dominant sector in Benin’s economy. It accounts for more than 75 per cent of all exports, but its productivity is too low to meet the food needs of the country’s steadily growing population. Although decentralisation and municipal development in Benin are progressing, public sector reforms, the privatisation of state-owned companies and private sector development are proceeding very slowly. The lack of a nationwide electricity supply is hampering economic development. Around 70 per cent of Benin’s population has access to clean water, and just 46 per cent has access to proper sanitation.