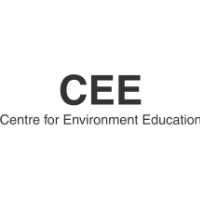 Centre for Environment Education, CEE was created in recognition of the importance of environmental education in India's overall environment and development strategy. The result of a unique partnership between government and a non-governmental institution, CEE was established as a Centre of Excellence in 1984, supported by the Ministry of Environment and Forests (MoEF), Government of India.

CEE has inherited the rich multi-disciplinary resource base and varied experience of Nehru Foundation for Development, its parent organization, which has been promoting educational efforts since 1966 in the areas of science, nature study, health, development, and environment.

At the time it began its activities, CEE was perhaps the only organization actively engaged in environmental education in the country. While carrying out programmes in different parts of the country, it was located only at Ahmedabad. Within five years of activities, it was realized that for a country as vast as India and its diversity, physical presence was important for effective implementation. Based on this, the first regional office was opened for the Southern region in 1988-89. Since then it has been a conscious effort to have an office or presence in the geographical area of work.

After completing a decade of activities in 1994, it was decided to move more from environmental education to environmental action. This was an outcome of the learnings and experiences in the first ten years. CEE began more pilot, field-level and demonstration projects towards sustainable development which could be scaled-up and replicated. Within the next ten years, these projects formed a major chunk of Centre's activities.

Today, CEE works for a wide range of sectors, target groups, and geographical areas. CEE sees a major opportunity in the UN Decade of Education for Sustainable Development (2005-14) to further contribute towards sustainable development.