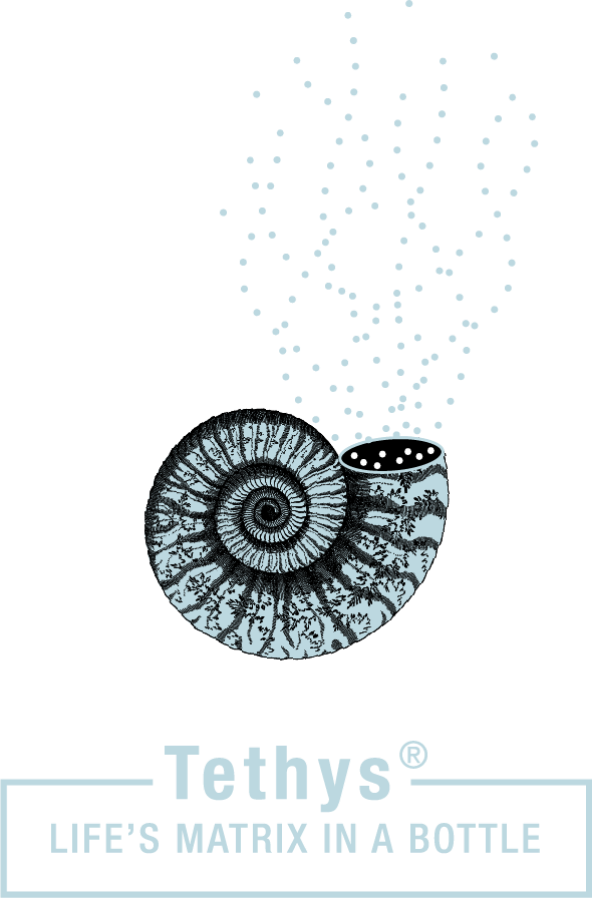 How the start-up company Tethys Water AG came about

Tethys Water AG was founded by Christine Benguerel on the day of the blood moon, 27 July 2018, with the aim of making Tethys water from the thermal spring of Lavey-les-Bains (Switzerland) accessible to as many people as possible.

It has taken over 10 years since the founder’s first encounter with the thermal water of Lavey-les-Bains in 2007, until all permits and rights for the Tethys water had been obtained. Since the beginning of 2019, Tethys water from the thermal spring of Lavey-les-Bains has been on the market as a foodstuff under the brand name “Tethys” and the technical name “Natural Sulphurous Iodine Water”.

Active in nature conservation and environmental protection
The founder of Tethys Water AG became interested in environmental protection early on and biology was her favourite subject. At the age of 12, she gave lectures on the harmful effects of DDT, a pesticide that is now banned. She talked about the overexploitation of our planet and showed what can be done about it, as the Swedish activist Greta Thunberg does today. Unfortunately, at that time there was no social media to get her message across the world.

She absolutely wanted to marry a Native American and be brave, smart and courageous like the Apache Geronimo.
As a 17-year-old high school student, she was allowed to spend two months with traditional Navajo Indians on Black Mesa, Arizona USA, during the school summer holidays. She rode an unshod horse through the semi-desert and participated in survival training for city Indians. This was made possible by a meeting in Switzerland organized by the Swiss human rights organization Incomindios with a Navajo leader (that’s what he looks like today) and American war veterans, who invited her to his family in the Indian reserve and made this unforgettable adventure possible for her.

Her dream job: doctor with “Médecins sans frontières”.
She dreamed of becoming a doctor with “Médecins sans frontières” (Doctors without Borders). After graduating from high school, she completed a hospital internship to study medicine. Before that, however, she wanted to discover and travel the world. She did that and then things turned out differently.

Expert for special trips, including to Yemen and China
After her studies in tourism she organized special trips all over the world and travelled a lot.

Entrepreneur in start-up fever
In 1995, at the age of 29, she founded her first company in the tourism industry, followed two years later by a second one in event marketing. She sold the first in 2008 to Kuoni Global Travel Services. More than 20 years after her first company was founded, the third followed in 2018 with the start-up company Tethys Water AG in the food and beverage sector.

The business idea:
To revive a historical sulphurous water spring from the 19th century and to make a completely forgotten drinking cure safely available to people for the benefit of their health once more.

With this business idea, the founder of the start-up company Tethys Water AG applied to Venturelab (Training for Startups of the Commission for Technology and Innovation CTI), today InnoSuisse (Swiss Innovation Agency) of the Swiss Confederation for the course Ventureplan in 2011. It was accepted following an evaluation procedure. She has also completed the Venture training.

The discovery of Tethys water and the development of a passion
She’s the mother of two daughters. Her younger daughter showed her the way to Tethys water with her suffering. She could not and would not accept the diagnosis of a left-sided congenital hemiplegia with no prospect of healing. In her search for a therapeutic option, she came across Tethys water from the thermal spring of Lavey-les-Bains in Switzerland in 2007.

Since then, she has been passionate about Tethys water from the thermal spring of Lavey-les-Bains and the mineral salts from the sunken primordial oceanTethys.

Since the beginning of 2019, Tethys water from the thermal spring of Lavey-les-Bains has been available as mineral water under the “Tethys” brand as “eau sulfureuse iodée naturelle” (Natural Sulphurous Iodine Water) for anyone who wants to do something good for his or her health and well-being.