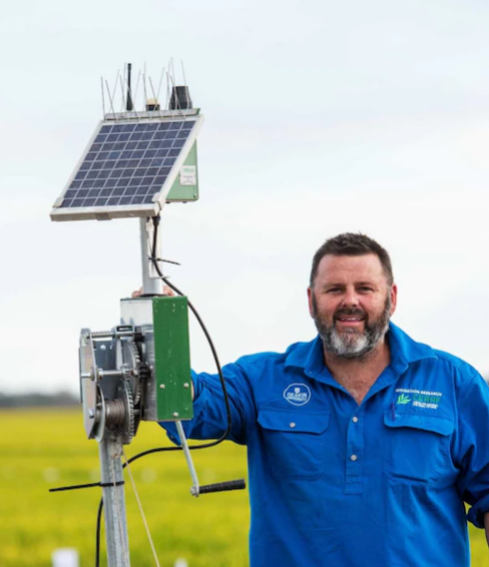 Irrigating inland crops while sitting on the beach probably sounds too good to be true, but it's the way of the future, according to researchers.

Deakin University associate professor John Hornbuckle has been involved in developing smart sensing automation technology, which he said was a game changer for broadacre irrigators.

He said the technology involved sensors and satellites being placed within a field which then allowed irrigators to control the automated watering system remotely.

Dr Hornbuckle's research was being conducted in rice and cotton fields in New South Wales.

"The two major benefits of this automation technology is the water savings, as you can make the right decisions at the right time when to irrigate, and also the better lifestyle it allows for," he said.

"There is a huge decrease in labour costs as you are not having to get up at 3:00am to change water."

The trial, which has ben running for 18 months, is being funded by the Smarter Irrigation for Profit program and is part of a partnership between the federal government, AgriFutures Australia and Deakin University, and commercial provider Padman Stops. Dr Hornbuckle said rice growers in particular would benefit from the automated system.

One of the main trial sites was at the Rice Research Australia Pty Ltd farm near Jerilderie, in southern NSW.

"Rice has some slightly different challenges around water management as there are periods where we pond water," Dr Hornbuckle said.

"So it is working well with bankless channel layouts for rice, as people don't have to manually start siphons … that can be done with an automated inlet and outlet, as there are sensors to control that automatically."

He said growers could save water because they were irrigating at optimal times and crops would not become waterlogged thanks to sensors that would automatically shut off the water supply.

Dr Hornbuckle it could cost between $200 and $600 per hectare to implement the smart sensing automation technology, depending on the irrigation layout.

An app on a phone could be used to control the systems and alert the operator of any in-field or connectivity issues.

"It's all cloud-based and can be accessed on a number of phones, which also suits larger operations that may have a number of irrigation managers," he said.