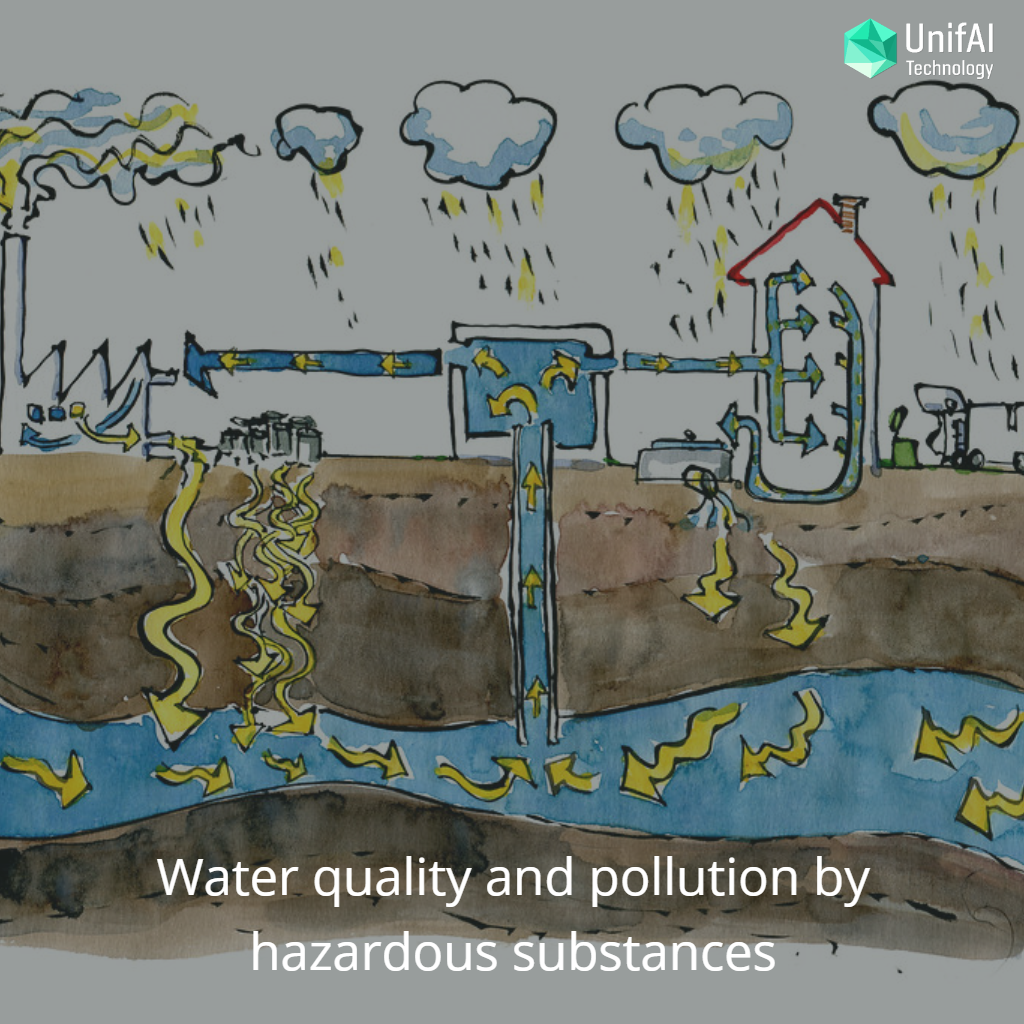 Numerous hazardous pollutants are found in groundwater, including pesticides, metals and substances leaching from contaminated sites.

Organic micropollutants that have been used in large amounts, or have been dispersed in the environment may also affect groundwater quality, in particular aromatic hydrocarbons and chlorinated solvents:

The chlorinated solvents mainly derive from the metals industry and the paints and dyes industry, landfills, petrol installations and dry-cleaning enterprises.

Salt (sodium chloride) is found in deep groundwater and in groundwater located near the coast. The presence of salt can restrict abstraction of water for drinking water. If water abstraction is excessive, intruding salt water can contaminate the groundwater. In addition, salting of roads during the winter can result in locally increased groundwater salt concentrations.

Sulphate mainly occurs in areas where the ground contains sulphide minerals, and where lowering of the groundwater table promotes oxidation.

Fluoride minerals are mainly found in limestone aquifers, where they can be released into the groundwater as fluoride.

The whole process is cost effective, and the results can be achieved in real time.