Why should we worry about eutrophication? 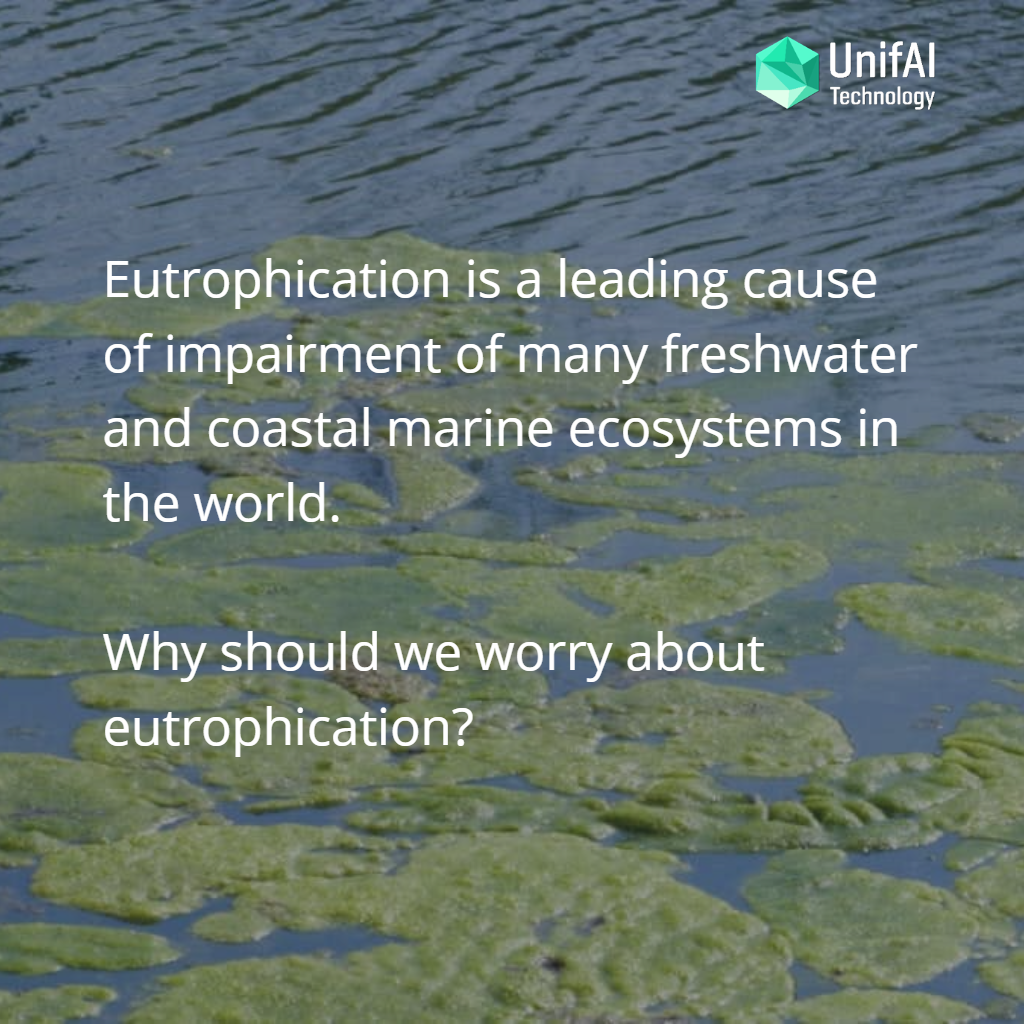 Eutrophication is a leading cause of impairment of many freshwater and coastal marine ecosystems in the world.

Why should we worry about eutrophication?

Eutrophication is characterized by excessive plant and algal growth due to the increased availability of one or more limiting growth factors needed for photosynthesis, such as sunlight, carbon dioxide, and nutrient fertilizers. Eutrophication occurs naturally over centuries as lakes age and are filled in with sediments. However, human activities have accelerated the rate and extent of eutrophication through both point-source discharges and non-point loadings of limiting nutrients, such as nitrogen and phosphorus, into aquatic ecosystems (cultural eutrophication), with dramatic consequences for drinking water sources, fisheries, and recreational water bodies.
For example, aquaculture scientists and pond managers often intentionally eutrophy water bodies by adding fertilizers to enhance primary productivity and increase the density and biomass of recreationally and economically important fishes via bottom-up effects on higher trophic levels.
However, during the 1960s and 1970s, scientists linked algal blooms to nutrient enrichment resulting from anthropogenic activities such as agriculture, industry, and sewage disposal.
The known consequences of cultural eutrophication include blooms of blue-green algae tainted drinking water supplies, degradation of recreational opportunities, and hypoxia.
The estimated cost of damage mediated by eutrophication in the U.S. alone is approximately $2.2 billion annually.
Despite dramatic improvements in water quality as a result of large-scale efforts to reduce nutrient enrichment (Clean Water and Safe Drinking Water Acts in the 1970s), cultural eutrophication and concomitant HABs (Harmful Algal Bloom) continue to be the leading cause of water pollution for many freshwater and coastal marine ecosystems and are a rapidly growing problem in the developing world. Given that the demand for freshwater resources is expected to increase dramatically, protecting diminishing water resources has become one of the most pressing environmental issues and will likely become more complicated as climate change, species invasions, and pollution further degrade water quality and quantity. Control and management of cultural eutrophication is a complex issue and will require the collective efforts of scientists, policy makers, and citizens to reduce nutrient inputs, to develop effective, long-term biomanipulation techniques, and to eventually restore aquatic communities.

UnifAI Technology Real Time Early Warning System is the 1st line of defense using low cost sensor leveraged by AI method, which identifies and provides rapid alarms.
The whole process is cost effective and the results can be achieved in real time.