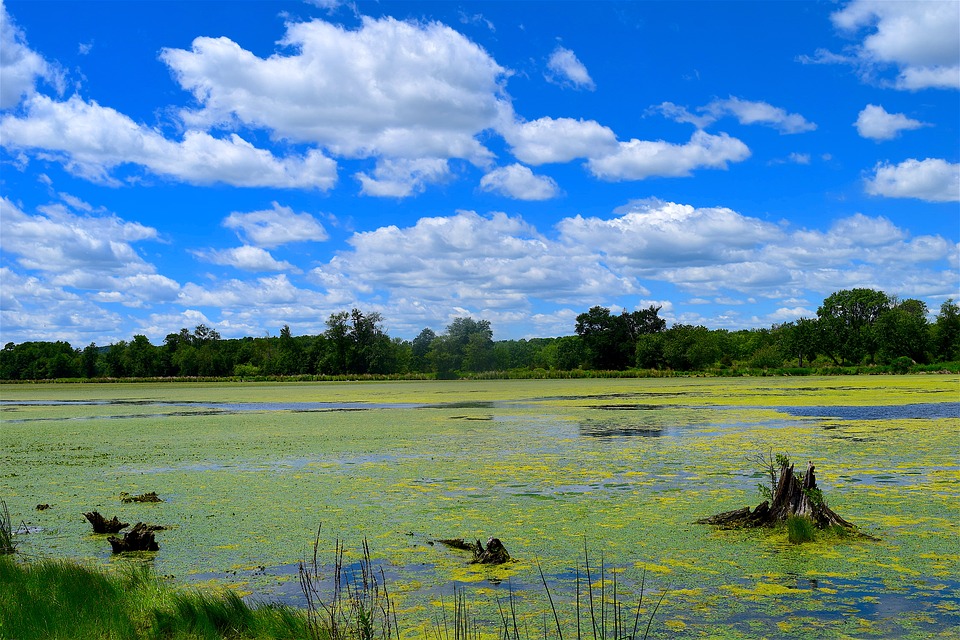 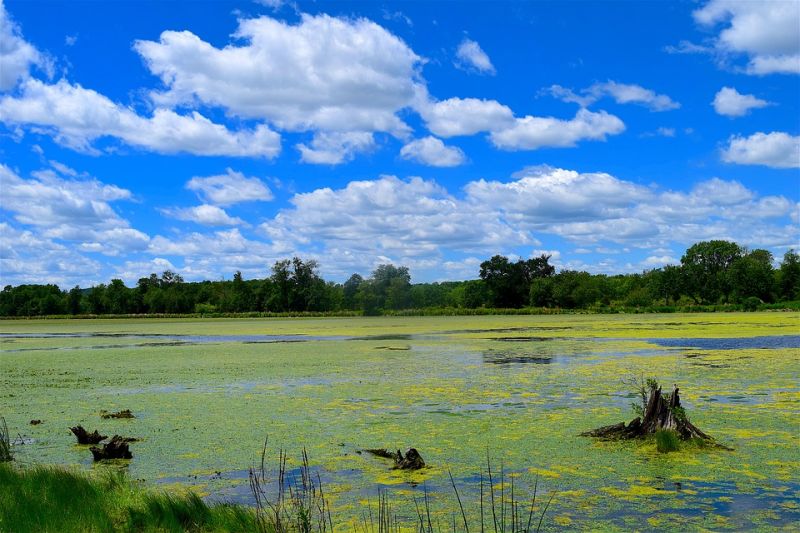 Before the 2014 Toledo Water Crisis left half a million residents without safe drinking water for three days, Dr. Jason Huntley’s research at The University of Toledo focused on bacteria that cause pneumonia.

After the harmful algal bloom prompted the city of Toledo’s “Do Not Drink” advisory, the microbiologist expanded his research projects to target microcystin.

“I live here, and I have a young son,” said Huntley, associate professor in the UT Department of Medical Microbiology and Immunology in the College of Medicine and Life Sciences. “I don’t want toxins in the water, and I am committed to helping the water treatment plant protect the public.”
Huntley’s research lab recently made major progress in his mission to create a biofilter that uses naturally occurring Lake Erie bacteria to remove microcystin released by harmful algal blooms from drinking water, reducing or eliminating the use of chlorine and other chemicals.

“We’ve identified groups of bacteria in Lake Erie that can be used to naturally purify water. To our knowledge, these bacteria have not been previously used to fight harmful algal blooms in other parts of the world,” Huntley said.

The microbiologists successfully isolated bacteria from Lake Erie that degrade the microcystin toxin known as MC-LR — the most toxic, most common and most closely linked to liver cancer and other diseases — at a daily rate of up to 19 parts per billion (ppb).

“The bacteria we’ve identified can degrade much more toxin than was reported in the 2014 water crisis,” Huntley said. “Based on recorded toxin levels in Lake Erie in recent years, these rates would be able to effectively remove microcystin from water supplies.”

Researchers in Australia, China and other countries also have identified bacteria that can chew up and break down microcystin from algal blooms; however, Huntley said those specific types of bacteria were not found in any of his Lake Erie studies.

The complexity of the research process 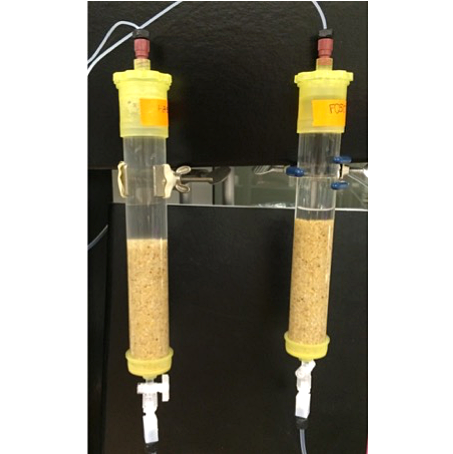 Thirteen water samples used for the study were collected from visible algal blooms in the summers of 2014 and 2015 in the western basin of Lake Erie. The scientists added MC-LR to each water sample every three to four days for approximately four weeks, alongside a control group that did not receive additional MC-LR.
The lab used multiple approaches to confirm the microcystin degradation results, including mass spectrometry and the ELISA test, which is the standard method water treatment plant operators use to measure microcystin concentration during algal bloom season.

His lab is now in the process of identifying the enzymatic pathways the bacteria use to break down microcystin.

“Those techniques are not ideal because of high costs, limited removal efficiencies, and they lead to the production of harmful byproducts or hazardous waste,” Huntley said. “Biofilters are a cost-effective and safe alternative to the use of chemicals and other conventional water treatment practices.”

“We’re very excited about the research and the findings,” said Andrew McClure, administrator for the city of Toledo’s Collins Park Water Treatment Plant. “We’ve had preliminary talks with Dr. Huntley about ways we can implement it as a treatment technique in our plant’s process.”

Huntley’s team is developing and testing biofilters — water filters containing the specialized bacteria that degrade microcystin toxins from lake water as it flows through the filter. Huntley holds a provisional patent on this technology.

The research was supported by grants from the Ohio Department of Higher Education through the state’s Harmful Algal Bloom Research Initiative, which consists of 54 science teams at universities across the state seeking solutions to address toxic algae in Lake Erie.

“This is another great example of how Ohio Department of Higher Education-funded research is producing solutions that directly benefit Ohio EPA and those water treatment plant operators responsible for managing our drinking water,” said Dr. Chris Winslow, director of Ohio Sea Grant and Stone Laboratory at Ohio State University.

Earlier this month, The Water network reported that the tech competition is being organized to resolve environmental issues on Lake Erie. Click HERE to learn more about Erie Hack 2.0.