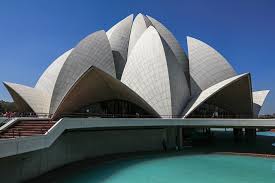 The Delhi government said that it will form 32 teams to collect drinking water samples from across the city and the test results will be put in public domain within a month.

The announcement came days after a Bureau of Indian Standards (BIS) report said all potable water samples collected in the city failed quality analysis. The AAP government is already under attack from opposition over the national capital''s air pollution crisis.

Delhi Jal Board''s Chief Water Analyst Sanjay Sharma, who visited the Sonia Vihar treatment plant, said that under the water testing exercise, expected to begin within a week, five samples each will be collected from 272 wards.

"Our water is one of the best in the world. We are 99 per cent sure that the samples will pass the tests. According to the World Health Organization, the permissable failure limit is 5 per cent," he said while explaining the standards and process followed for water treatment before being supplied to residential areas.

Sharma said the National Environmental Engineering Research Institute or a laboratory approved by the National Accreditation Board for Testing and Calibration Laboratories will be engaged for testing of water samples.

In total, 1,400 water samples will be tested on 29 parameters, most importantly, for turbidity, pH levels, calcium, magnesium, hardness and others, he said.

In the first phase of its survey, the BIS had found that all the 11 samples collected in Delhi did not comply with the quality norm and also that piped water was not safe for drinking.

Delhi Jal Board (DJB) vice-chairman Dinesh Mohania said the teams, each comprising four officials, will collect water samples also from the 11 locations, from where the BIS had collected specimen.

"We will collect water samples right from the treatment plant until the households in 4-5 stages," he said.

Delhi Chief Minister Arvind Kejriwal, who is also the DJB chairman, will also write to Union Minister Ram Vilas Paswan to nominate more people to these teams, Sharma said. The Centre has already nominated two experts from the BIS for a joint inspection and testing of water samples from across the city.

Paswan had on November 16 released a BIS report which stated that among 21 major Indian cities, water in Delhi is most unsafe. It said that water samples from the national capital failed on 19 of the 28 parameters.

Kejriwal had on Monday accused the central ministers of playing "dirty politicis" and scaring people by saying that the city''s drinking water is poisonous. He said Delhi''s water quality cannot be ascertained on the basis of just 11 samples.