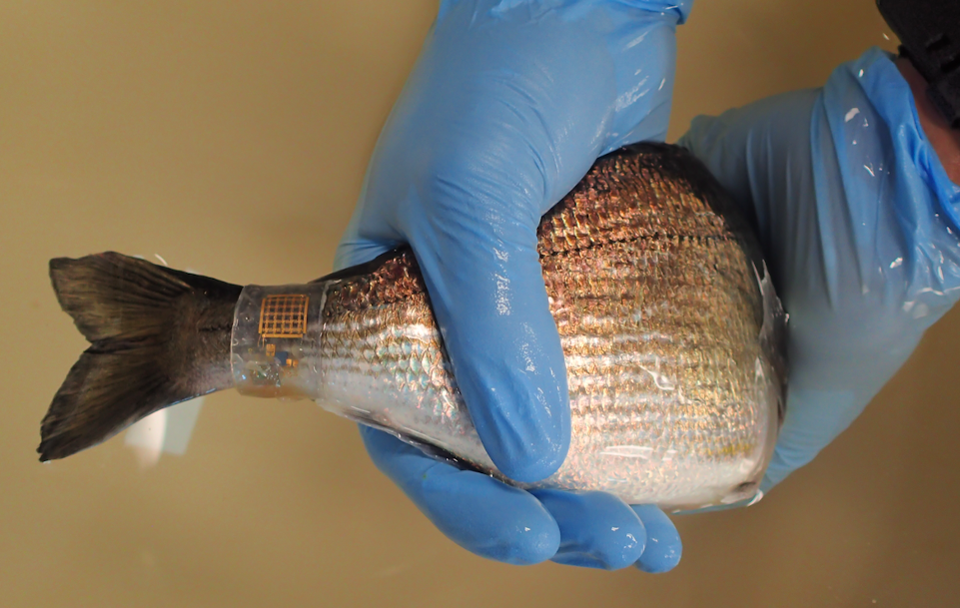 The researchers out of the King Abdullah University of Science and Technology (KAUST) in Saudi Arabia just won the 2020 CES Innovation award for their invention of Bluefin™. The project was the joint brainchild of the electrical engineering and marine sciences departments at the university. PhD student Joanna Nasser developed the trademarked technology under Professor Muhammad Mustafa Hussain. 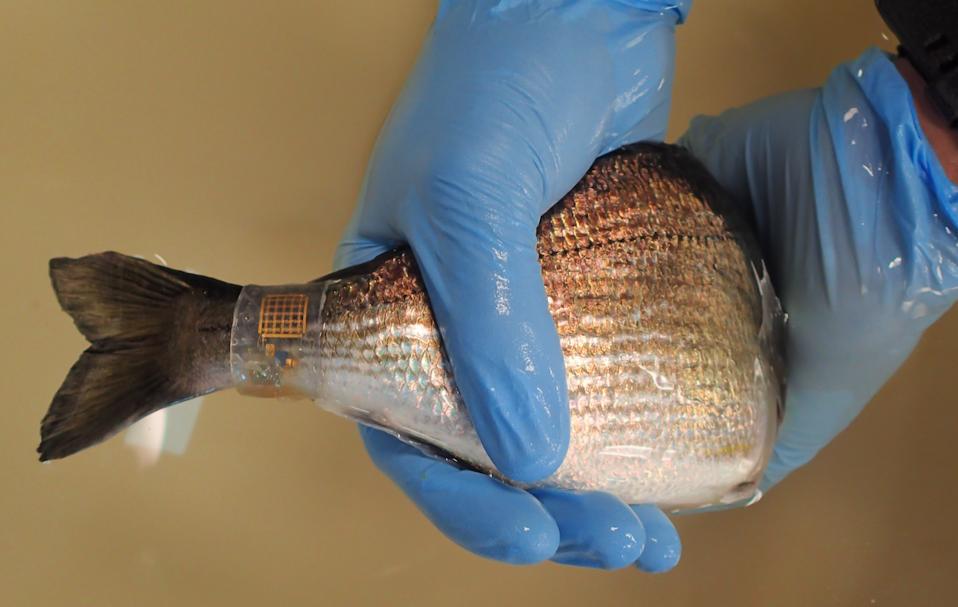 A fish wearing the Bluefin technology, a stretchable silicon band wrapped around the tail contains a ... [+]

The wearable tag is designed to attach in a non-invasive way, using glue. “Our challenge is figuring out the right type of glue or non-invasive attachment,” Nasser explains, “So far we have tested Bluefin™ on hard shell marine animals such as crabs, soft-skinned mammals such as dolphins, bluefin tunas, whale sharks, stingrays, and gold fish (with scaling skin).

Typically, tags are species-specific and are attached externally through skin anchoring, suction cups, glue, or through internal implantation. Manatee research employs the use of fashionable belts, fitted around the peduncle (where the tail meets the body). The Bluefin™ technology is lighter weight and thinner than many of the other options out there, which reduces drag and helps to maintain the natural movements of the species being tagged.

“It is adaptable to any size and shape of marine species such as a seal, a shark, or even marine plants due to its stretchable nature”