In Conversation with Charlie Madden from Boatman 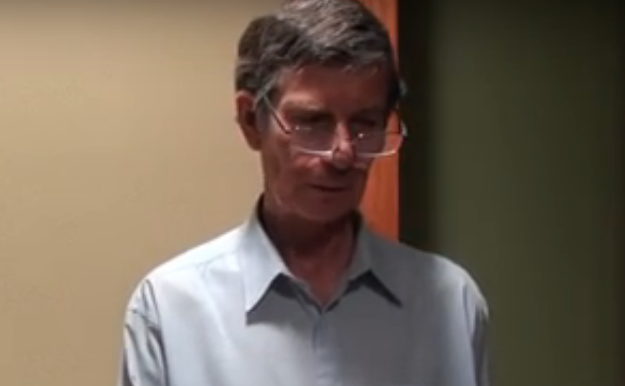 The Water Network team had the pleasure to interview Charlie Madden, the owner of  Boatman. 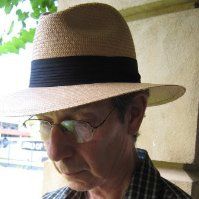 Charlie Madden is a self-employed pensioner who has made several desalination technologies. He is an engineer focused on water: fresh water from salt water or polluted water using the sun, the wind, water currents or the tide.

Q1: It is a pleasure to talk to you Charlie. Would you tell our readers about yourself and the career behind you?

I am a pensioner, but having been self-employed for many years - I am carrying on, as best I can with a 67 year old's hands and not much funding. I guess the reasons why are a desire to see the attached up & running - and to help humanity.

Q2: Please tell us a bit about your technologies. 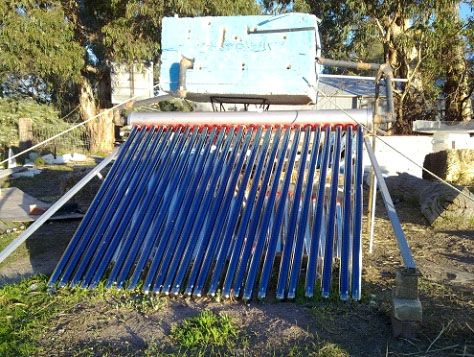 SunDew  is planned to be an autonomous unit making fresh water from salt or polluted water - powered just by the sun & gravity.

I've tried several set-ups and the current one looks the most promising. 30 solar water heating tubes - at the right angle for the local longitude and latitude, that they become naturally self-tracking without any moving parts.

This one with the heat carried up to the water manifold by heat-pipes to cut down the units thermal inertia and try and get the output up to perhaps 50L/d.

Water circulation by thermosiphoning, water feed from a tank of brine winched up a tree in my case. Hypersaline returned to nature - as she does when she makes the rain clouds at sea.

Once it is proven, I would like to be selling and installing them to people here who have salty bores or who live by the sea. And I want to draw it up - have the drawings checked by a younger draughtsman, and put them on the net so others can make them.

WindWater - before I came here in 2003, I was working on wind-powered heating in Scotland.

The 4th photo in '10 projects' attached is of its turbine, running as you can see by the bend in the blades... The second photo is of the larger one made here, which is still unproven due to running out of funds.

It is planned to be 8 kW, self-starting and self-regulating at top speed by centrifugally activated windows opening at the maximum lift points in the foils and dumping the drive.

The drive shaft drives a plastics churnrotor, at ground level, with 79 blades, shearing the brine against 80 stationary blades - and so heating it up. The vapour rises to a condenser - as in Sundew incidentally, made of 50 m of pvc tube in 10 flat coils in series - through which cool brine flows from the raised tank.

This gets heated entering the sump warm - and condensing the vapour, which runs out through a tube-in-tube heat exchanger up which runs a smaller tube carrying cool brine again - heated before it flows into the sump.
The hypersaline leaves through the same arrangement leaving cold, whith all its heat put back in the sump.

I built a churn like this with some students at Strathclyde university - powered by an electric motor, and it heated to 80C.

Water boatman - the same ideas as above, but held in a barge moored in moving - polluted or saline water.

Under the barge will be an upside down vertical axis water turbine.

Driving a shaft drive up into the hull, and there a water heating churn/ condenser/ pumps as required. The distilled water kept in the hull to await collection - or pumped onto the river bank.

Gangs of boatman barges are envisaged strung across wider rivers.Many rivers in China and India have toxic water now, that could be distilled in this way, the residue being returned to the river.

TideWater - half the worlds population live within 30 miles of the sea. Thousands die now from drinking foul water - 85% of them children.

TideWater is seen as strings of half filled buoys, moored in 2 - 3m of water and connected to the sea bed with 3 legs. Each having a piston with its connecting rod end resting on the sea floor, and a reverse osmosis filter at the top.
As the buoy rises on the tide, one way valves in the piston legs fill those legs with brine.

As the tide falls, those three legs begin to carry the full weight of the half filled buoy, when the pressure above the pistons reaches the operating pressure of the RO filters, fresh water will pass through and on up to a holding tank above the buoy - to await collection.

Q3: You use solar and wind energy, water currents and the tide. Which energy source is the easiest to apply and which has the most obstacles and why?

People live in different places, some windy some sunny etc. By offering units powered by the sun, the wind, water currents or the tide - hopefully people can choose one the fits their needs best.

Each unit has its own obstacles - sun the fragility of the tubes, builder has to learn to weld poly, not that that is hard. Wind - very good quality control is needed making those rotors, cost of rotor carbon fibre. For boatman - rubbish being kept away from the water turbine.

Q4: How much clean water do your technologies produce and how scalable are they?

In poorer countries people get by on 4 l/d of fresh water - here it's 150l/d. A solar competitor - which is non-tracking gets 80 l/d, hence my target of 50 l/d. Rescaling, each could use the same principles at much larger sizes except perhaps WindWater - but huge wind turbine rotors are now being made for electricity.

Q5: How sustainable is your technology and how does the cost compare to big desalination plants?

Most of the materials used are now 'standard' but cannot probably be melted down and used again. That said, the rotor for WindWater in carbon fibre is in the fatigue free zone, so a long life is planned. & the same for boatman. TideWater would be designed to be rugged for sea use with filters with as long a life as possible - rapid and damaging pressure rises would be avoided.

If these units were built and run by the owner, their costs would beat the massive unit and distribution costs of big desal plants. Even though they produce fresh water very cheaply.

Q6: You are working on several technologies, but do you have a favorite one and why?

Now - SunDew, because I can do it. I no longer have an oven to 'fire' carbon fibre prepreg foils - or the money for the materials. As an engineer, I still like the wind turbine option & they can run all night in the right place. I would love to work on boatman with someone one day - the idea of getting fresh water from foul rivers taking the power from that river, appeals.

Q7: How has the desalination technology changed since you first got into the field?

RO costs keep coming down and down - but the operator still has to keep an eye on the filters and make sure they don't foul up and buy new ones eventually. RO now beats thermal world wide, but that's mainly big desal plants.

Q8: What is the criteria of a good desalination technology, and based on what will it be chosen in the future?

For a given purity level - unit cost, running cost, life cycle cost. For the individual, should be added can they make it themselves rather than buy a standard unit.

Q9: Finally, what advice would you give to people just starting their careers?

Head for water, with population growth + climate change, water is quickly going to become one of the world's bigger problems.
And having done some sums - build it!