In Conversation with Netanel Raisch, CEO at Lishtot 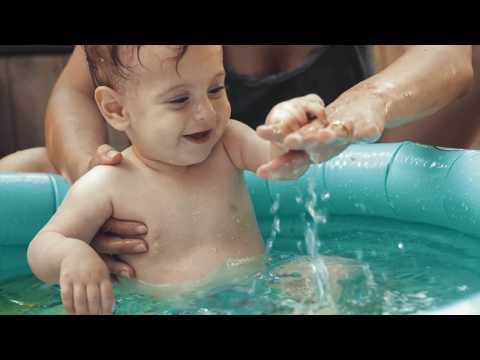 Since we have recognized Lishtot one of the 5 next big startups in 2018 it was our great pleasure to interview Netanel Raisch, CEO at Lishtot.

Netanel Raisch is an Israeli inventor and entrepreneur.

Netanel established few companies and he always looks for new challenges. His current biggest challenge is Lishtot and he really wants to help the world to drink safer water.

Lishtot is an Israeli tech company building connected devices that let consumers know about the quality of their drinking water in real time.


Q1. What does Lishtot actually mean?

Lishtot literally means “to drink” in Hebrew. We named the company that because we want to provide people with personal, portable water testers to give them the comfort of knowing when they can and can’t drink their water. Plus we think it sounds cool.

Q2. Israel seems to have a lot of exciting water technology coming out of it. What’s behind that, in your opinion?

Yes you’re absolutely right. Israel has constrained water resources like many countries in the Middle East, and for a variety of political reasons needs to act as independently as possible particularly when it comes to resources. Every drop of water is extremely valuable and so managing that water as efficiently and effectively as possible is critical. Our mission is to paint a clearer picture of water all over the world. You can’t manage what you can’t measure and so with more data we think people, companies, and governments will able to make smarter choices about the water they drink.

Q3. How did you come up with this idea?

My co-founder Dr. Alan Bauer discovered a phenomenon associated with water and electric fields. It took us about 2 years but we built our first products based on this same core technology. Basically, we’ve developed state-of-the-art sensors that can detect changes in electric fields. When water has different contaminants like heavy metals, chemicals, or even bacteria, the signals that the sensors pick up become distorted and we can tell the water has something that shouldn’t be there. Our proprietary algorithms interpret all of this information and then provide results.

Yes, we have a granted U.S. patent and a number of other patents filed. We’re the only sensor that detects water quality with passive detection, meaning we receive signals, we don’t send anything out.

Q5. What types of contaminants can your devices test for?

Right now we have confirmed in our labs and with 3rd party labs and industrial partners that the technology can detect over 20 different contaminants at EPA and WHO standards. Contaminants like lead at 15 parts per billion, arsenic at 10 ppb, PFOS/PFOA chemicals at 70 parts per trillion, and E. coli at 1 cfu/100 mL. We can also tell if someone has spit in your water which may be useful depending on how rude you were to the waiter or in similar situations.

Q6. That could be useful to many people. When you show these results, what does they look like?

Our first device that’s available online now for purchase and will soon be in stores lights up blue if we don’t detect any contaminants and red if we do. You can send the data via Bluetooth to our app in the app store or in Google play to see more information about probability of contamination, and to add comments, pictures, video, location, etc. so that your test will then appear on the Global Water Quality Map that we’re building.

Q7. You’re collecting data through the app and then what?

Well, we’re working on strengthening the app even more. We’re doing things like building tools that can help you report a problem directly to your water utility through our app. Or you can search based on your location or somewhere else and see EPA and other official data about past contamination events. We want to create a platform for drinking water quality data and information like nothing that exists today. People have no idea what’s in their water and it’s the 2nd most essential resource that nearly everyone on the planet pays for in one way or another. We think people deserve to know more about the water they drink and we hope to cement Lishtot as the place everyone goes for info about their water.

Q8. Sounds a lot like a combination of Fitbit and a bit of Waze.

I think that’s a safe comparison. We’re building these devices that we think will be useful to have on you at all times. And yeah, we’re doing a lot with data. We think the data will eventually be the most valuable aspect of the company. We already starting to work with governments, utilities, and some beverage companies and appliance companies at integrating our technology into their products or working to provide them with data to spot problems before they become disasters, to better engage with their customers, and just generally have better vision about what’s going on in their system. We also hope to add some gamification features to make it fun to test water wherever you are. Waze is an Israeli company as I’m sure you’re aware.

Q9. Yes for sure, that’s why we thought of it. And what type of people do you think would use your device? Is this mostly for the developing world?

Our tech is definitely useful for the developing world. And we get this question a lot. But right now our main target market is the United States, and close behind that are China and India. If you think about places like Flint, Michigan that had a massive lead scare, it’s things like that that we think could be avoided if our devices were in people’s hands. That problem would’ve been spotted way sooner and perhaps a lot of this could have been avoided. And you see it now with this new chemical called PFOS or PFOA which is popping up in drinking water around the world, particularly in the U.S. Teflon pan manufacturers and firefighting foam have this chemical and it’s everywhere and it’s a horrible chemical. Our devices detect it at 70 parts per trillion so we hope that we can help identify problem areas and we plan to offer a discount to those in potentially affected zip codes.

Q10. It sounds like people with Boil Water Advisories can benefit a lot from your device as well.

You are absolutely right. Today if there is bacteria in your water it takes 36 hours on average for the water utility to tell you that you should start boiling it before for drinking or cooking. With our device people will know much faster if their water is good to use or not. Many cases of boil water advisories are actually false alarms or precautions. If there’s a water main break or even a software glitch, the utility will issue a boil water advisory. Our devices can tell you how necessary these actually are. We also started tracking these boil water advisories because we discovered that no one in the US is tracking them, and there’s actually a handful of new advisories issued every day in different places around the country.  It’s startling. You can find the tool we made to do this at www.boilwaterwatch.org.

Q11.  Sounds like there’s a lot of education that’s involved with this as well.

Oh certainly. Again, that’s part of what we’re trying to achieve. People have no idea about their water and it’s just so important. We want everybody to be aware of these issues and be conscious of what they’re putting in their bodies. And it truly affects everyone all over the world.

In the future we hope to release our more advanced devices., one of which we will be showing off at the Consumer Electronics Show in Las Vegas in January, so all are welcome to come check it out. But in the meantime, our mission is to get our devices into the hands of as many people as possible. The more data we collect the smarter our products and platform get, and with that critical mass we can really start to achieve some wins in the fight to improve water quality around the world.