In Conversation with Serge Pittet from Race for Water 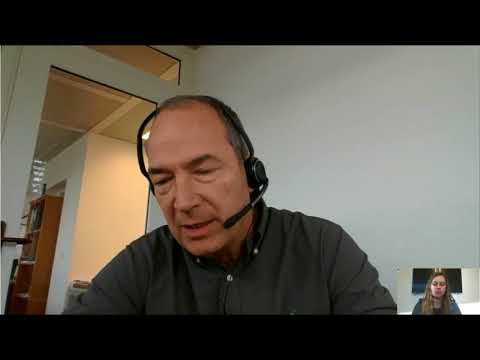 The Water Network team had the pleasure to interview Serge Pittet, the General Manager of the Race for Water Foundation. 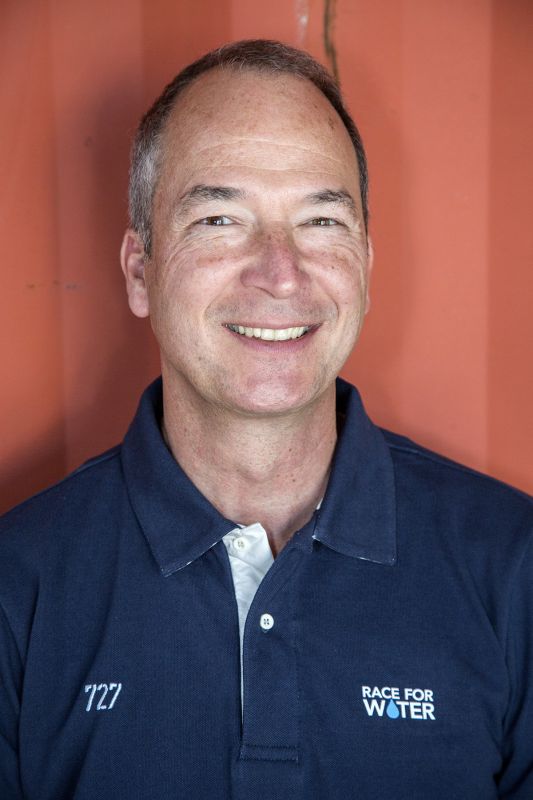 Serge Pittet is a holder of a Master of Science (electricity) from the Swiss Federal Institute of Technology (EPFL) and an MBA from IMD Business School in Lausanne. He has had a very wide-ranging professional path; from company management to business development and corporate finance projects in Switzerland and around the world.

With high sensitivity for the preservation of our environment, he wanted to put his experience to the benefit of the oceans.

Convinced of the need for a more sustainable economy and social entrepreneurship, his encounter with Marco Simeoni and his Foundation Race for Water will have him initially engaged as volunteer before completely embracing the fight against the pollution of the oceans by plastic waste as the Foundation’s General Manager from March 1st, 2017.

Q1: Thank you for taking the time to talk to us Serge.  Would you please tell us about yourself and how you got interested in preserving the ocean waters?

I was born in Switzerland 58 years ago and trained as an electrical engineer, then worked in the oil industry before completing an MBA. Before taking the General manager position at the R4W Foundation in March of this year I was working as a consultant in Mergers & Acquisition projects. These competencies are relevant as the Foundation aims to develop an economically viable complete process to transform plastic waste into energy.

Acting for the preservation of the environment has always been an objective, we have only one planet, and the oceans are among the most fragile parts. 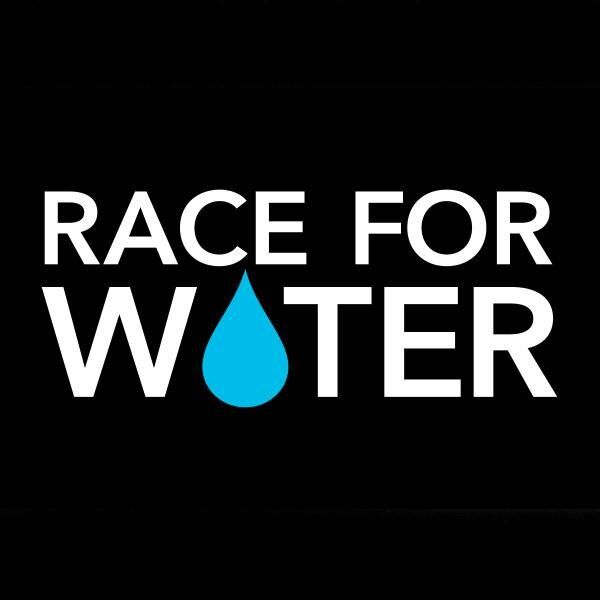 Q2: What is Race for Water and what is its mission?

Race for Water is a Swiss Foundation with the mission to stop the exponential trend of wild plastic waste reaching waterways by developing new social and economic models that give end-of-life plastics a value.

Join the Community managed by Race for Water

Q3: Teaching the world population to prevent pollution instead of cleaning is a long-term process. What are your efforts in preventing ocean pollution?

Our foundation has developed educational programs and invites schools on board our ambassador vessel to raise awareness among the young generation. We also take part in large international events like the America’s Cup in Bermuda, COP21, COP23, United Nations conferences and many more to come in Tokyo with the Olympic Games in 2020 and in Dubai with the Universal Exhibition in 2021.

We are also actively developing and testing a plastic waste to energy process that could significantly reduce the amount of waste leaking in the ocean by giving an incentive to waste pickers to collect it.

The Race for Water Odyssey 2017-2021 aims to promote innovative solutions to preserve the ocean from plastic pollution and to accelerate clean energy transition by improving the mixed solar-hydrogen-kite power of our ambassador vessel, Race for Water.

This Odyssey aims also to raise awareness among decision makers, the public and younger generations about the urgent need to conserve the oceans. In each stopover, we invite schools and students to visit the vessel and the permanent exhibitions explaining the global issue and our actions.

The Race for Water vessel is also an exceptional scientific platform to contribute to science by hosting international teams of researchers. This year, we were very glad to welcome 12 researchers from the European program JPI Oceans on board to carry out two micro plastics sampling campaigns of the EPHEMARE and the WEATHER-MIC projects.

All their samples have already arrived in the respective laboratories of each partner and the scientific results are expected in 2019. 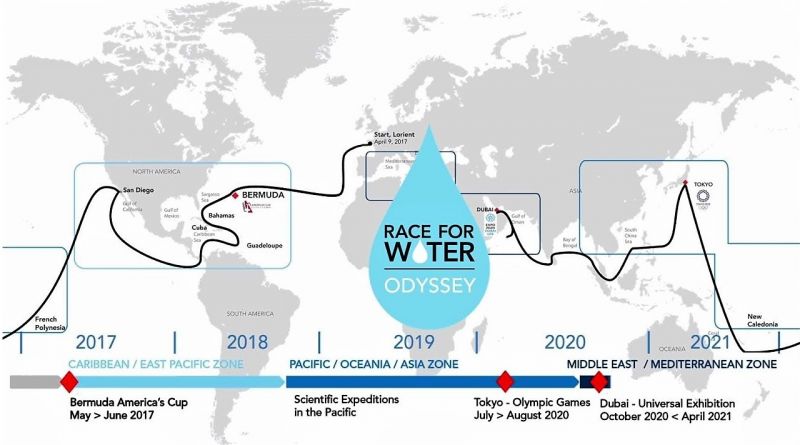 Q5: Environmental impacts of plastic pollution in oceans are well known, but what are the social impacts? 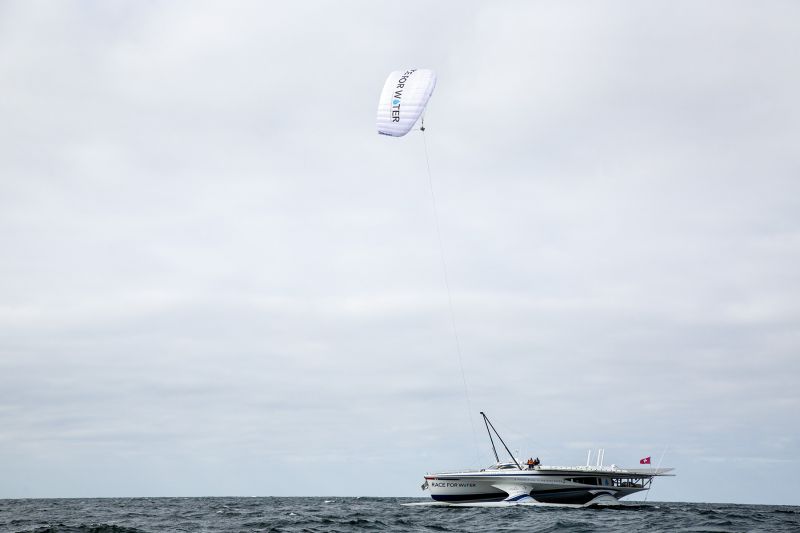 Q6: How can plastic that would end up in the oceans be put to better use?

Firstly, plastic debris should not end up in the oceans because once in the environment they  degrade and spread around each part of the ecosystem that surround them (marine organisms, emerged sediment, water column, air…) making it impossible to collect.

Following our first Odyssey in 2015, we saw plastic waste everywhere and quickly understood that it is not possible to clean the ocean but we need to act on land before plastic debris end-up in the ocean.

Our proposal is to turn plastic waste into a marketable energy resource.
Our solution derives from by the principles of the circular economy and social entrepreneurship. We aim to
create a profitable value chain for plastic waste in order to stop leakage into the environment and ultimately
in water streams. It will benefit human health overall, underprivileged communities in particular, and provide
alternatively-sourced energy.

Q7: Replacing plastic bottles with other materials is a big topic recently. How long do you think it will take before this is adopted and how willing are the people in embracing such changes?

A very difficult question to answer; plastic bottles are very cheap and will be difficult to replace but if it happens it will be in a long time. we cannot wait and count on that, we need to make sure these used bottles are properly recycled and/or treated and this is what we are working on with our Plastic waste to Energy project.

Microplastics can be ingested by many marine organisms (fish, crustaceans, seabirds, etc.) having a real impact on their organs (inflammatory and disruption of the digestive tract for example) and/or a chemical impact (transfer of chemicals associated with microplastics or additives used in plastics into organism’s tissues).

Nevertheless, most of these effects have been observed under laboratory conditions and they vary in function of the species and particles types exposure. There is also some evidence of microplastics transfer from prey to predator. 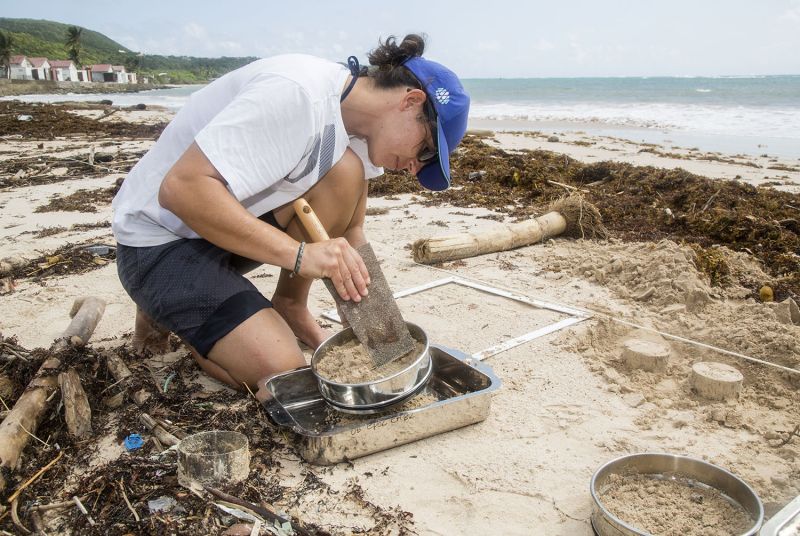 Q9: Apart from health effects on the marine life, what are indirect effects of plastic pollution in oceans on human health?

It is evident that humans are exposed to microplastics through the consumption of seafood as a lot of commercial species appears to be contaminated with microplastics. Moreover, plastics debris are well known to be a vector of chemical contaminants, invasive species and pathogens which could be potentially harmful to fisheries and human health. However, more research is needed to understand the fate and toxicity of microplastics in humans.

Q10: Do you have a take-home message to our members about saving the oceans?

Every action even small one is a step to fight plastic pollution of our oceans. Spread the message and act to find solutions on the plastic pollution problem is a necessity to save the oceans and this is what Race for Water aims to do by acting at the sources, promoting innovative solutions on land. Furthermore, as individuals, we can reduce our plastic consumption with simple actions on our everyday life like using reusable bags and bottles and we can also participate to beach cleanups and raise awareness on this issue toward family and friends.

If you would like to know more about Race for Water and their efforts in cleaning plastic from the ocean and preventing plastic pollution in the first place, join their Community on the Water Network:

Image Credits: All images are the courtesy of the Race for Water Foundation