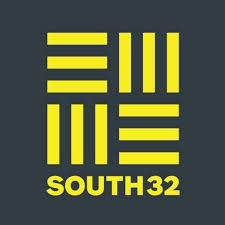 A global mining company that is building a “mine of tomorrow” in southern Arizona with goals for net-zero emissions and water recycling recently completed a $30-million voluntary clean-up project to protect ground and surface water near the site.

South32 Ltd., which is planning a major zinc-producing mine near Patagonia, spent more than a million combined hours since 2017 cleaning up waste, called tailings, from a historic mine on the site, the Trench Mine, that has not operated for 50 years, company officials said.

The Trench mine’s ancient storage facility also has been redesigned as a dry stack system. It now collects any water that soaks through the old tailings and feeds it to an onsite water treatment plant. A multilayer liner underneath includes a sophisticated leak detection system.

“It’s a win for the environment, and that’s first and foremost,” Laura Malone, who directs the Voluntary Remediation Program for the Arizona Department of Environmental Quality, said in a prepared statement. “It’s a win for South32, because they have a viable mine site, and they’re going to be able to be in that area for a long time. And it’s a win for the agency, because we know we have a site that is being managed appropriately and works well with the agency to address any of our concerns.”

The new mine, called the Hermosa Project, stands to be the first major mining operation in Santa Cruz County in decades.

Mining with climate change in mind

South32 Ltd. is among today’s growing list of mining companies focused on the environment and sustainability in response to climate change, strict regulatory controls, and public demand.

New green mining technology includes the use of low-carbon energy resources like solar and wind power, water recycling and treatment, methane capturing techniques, dust control, and more. Mining companies also have reclaimed millions of acres of mined land and converted it into areas for public parks, recreation, and wildlife reserves,  according to the U.S. Mining Association.

South32, which is based in Perth, Australia, operates mines throughout the world. Hermosa is its first project in North America. It has set a company-wide goal to create net-zero emissions at all of its operations by 2050. Hermosa would be the flagship project to attain that goal, company officials said.

“South32 works to high standards because that matters deeply to our stakeholders, whether they own wells downstream from our site, own livestock close to the waterways, or own shares in our company. It also matters deeply to all of us who work at Hermosa,” said Pat Risner, president of the Hermosa Project.

Firing up economy in the region

South32 purchased the Hermosa Project for $1.3 billion from Arizona Mining in August 2018. It is projected to be one of the top four zinc producing mines in the world.

According to an economic impact by the L. William Seidman Research Institute at the W. P. Carey School of Business at Arizona State University, the project would benefit Santa Cruz, Pima, and Cochise counties, and Arizona as a whole. Santa Cruz County has the third-lowest per-capita income in the state, according to U.S. Census data.

Over the lifetime of the project, the underground mine would generate thousands of direct and indirect jobs, including high-paying jobs for students coming out of local schools in Nogales. The project is expected to contribute more than $21.6 billion to the state’s GDP.

According to the study, the project would: