New Technology to Recover Phosphorus from Manure and Sludge 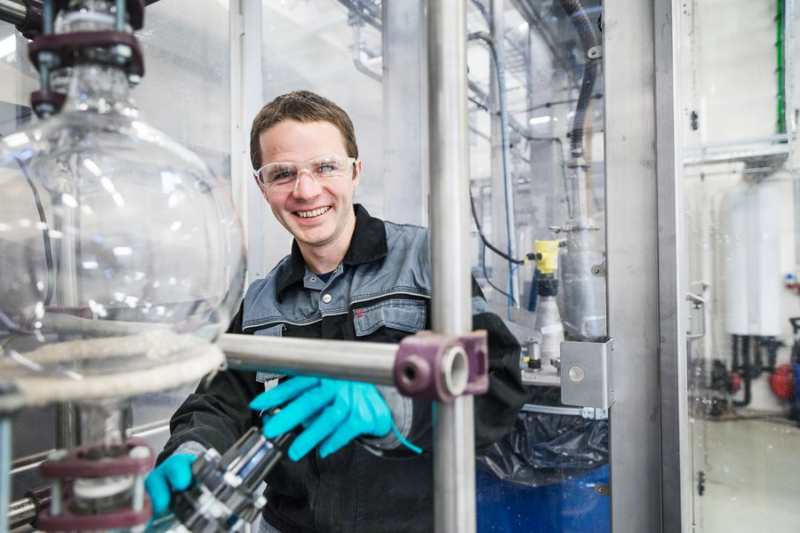 An engineer from Aarhus University has received the prestigious ERC Starting Grant for the launch of a new research project, which can have far-reaching and ground-breaking significance for the environment throughout the world. The project promises to completely revolutionize the way we manage liquid waste today.

The project called REBOOT officially starts on 1 January 2020 and will be run at pilot scale at the Centre for Biorefining Technologies at Foulum, which is already home to one of the world's largest HTL reactors. (Image by Aarhus University)

The DKK 11.2-million (approx. EUR 1,5 million) grant from the prestigious ERC Starting Grant under the EU Framework Programme for Research and Innovation (Horizon 2020) sets in motion a project promising to deliver far more sustainable liquid waste management to benefit the environment around the world.

The project is headed by chemical engineer and Assistant Professor at the Department of Engineering, Aarhus University, Patrick Biller, who will use state-of-the-art technology known as continuous hydrothermal liquefaction (HTL) to recover phosphorus and carbon from manure and sewage sludge (carbon in the form of so-called biocrude, which can be refined e.g. into aviation fuel).

The project is ground-breaking because it will allow for almost 100% recycling of valuable resources in liquid waste management. In addition to biocrude, the end product consists of nothing more than clean freshwater, hydrogen, and CO2.

"I'm very grateful to have been awarded this grant, which makes it possible to develop this exciting new technology that will enable us to recover valuable phosphorus from waste otherwise difficult to manage," says Assistant Professor Patrick Biller.

Today, phosphorus is a valuable and scarce resource, which is ranked among the top 20 most critical raw materials by the EU. Europe does not have its own phosphorus reserves and is therefore primarily imported from North Africa where it is retrieved from mines as phosphate rock.

Mining for as well as refining and transport of phosphate rock for fertilizer is associated with considerable greenhouse gas emissions (3.1 kg of CO2 per kg of phosphoric fertiliser), and it has been assessed that phosphorus resources are so scarce that they will only meet our demands for a further 50-100 years; and when they are depleted, it will have dire consequences for humanity.

Every year, Danish agriculture imports 50,000 tonnes of phosphorus, because it is absolutely necessary to apply phosphoric fertilizer to crops if you want to be able to maintain the yield that is normal for modern agriculture.

Denmark's approx. 13 million pigs also produce large amounts of phosphate-rich organic manure, which is difficult to reuse as fertilizer without harming the environment.

If the project is successful, it will have a positive effect on the environment across the world, as it will make mining for phosphorus redundant and will provide us with sustainable fuel, recovered directly from our wastewater.  (Image by Aarhus University)

To recycle the phosphorus, farmers apply manure to fields as fertilizer, and in many countries, this leads to environmental problems such as contamination of the aquatic environment, groundwater, and air. The problem is that manure can contain large amounts of antibiotics, which can cause problems with antibiotic resistance when the slurry is dispersed in the fields.

"Due to the relatively high temperatures and pressures in the HTL reactor, all environmentally hazardous substances are destroyed, so that the phosphorus we eventually recover is clean, safe and plant-available," says Patrick Biller.

The project, which is called REBOOT , and which is headed by Patrick Biller from the Department of Engineering, Aarhus University, officially starts on 1 January 2020, at which point Patrick Biller will set up a research group for the project. The project will be run at pilot scale at the department's Centre for Biorefining Technologies at Foulum, which is already home to one of the world's largest HTL reactors.

The aim is to create a single cohesive system that is fed with sewage sludge and manure at one end, and which supplies valuable raw materials at the other end. Patrick Biller will make it possible to do so e.g. by developing new solutions and technologies within catalysis, water purification and filtration.

If the project is successful, it will have a huge and positive effect on the environment across the world, as it will make mining for phosphorus redundant and will provide us with sustainable fuel, recovered directly from our wastewater. At the same time, it will have great significance for the problems associated with the lack of sewage treatment in many developing countries, such as the spread of disease and other adverse health effects.