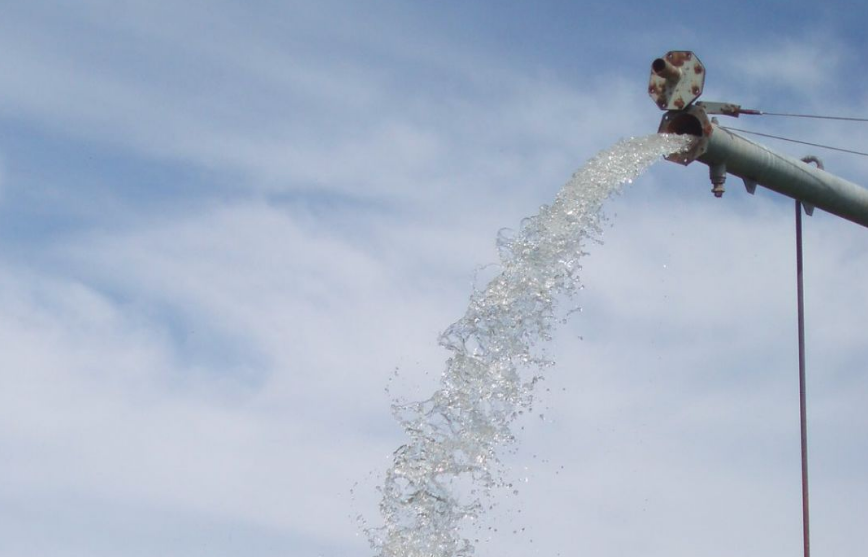 How we achieved constant clear water from an Irrigator that had had a lifetime of issues with Iron Bacteria.

With the help of Envirofluid, this farmer eliminated the Iron Bacteria issue from his irrigator, while preserving the healthy growing habitat on his property.

The removal of Iron Bacteria from the pump and pipework in the irrigator ensured the correct working of the irrigator and good water flow.  The ongoing maintenance program only needs to be checked every few months to ensure there is still enough chemistry to be dosed through the lines.  Using the organically certified  Triple7  EnviroBore, which also acts as a wetting agent, means the dosing can be done at the same time as irrigating and no water is wasted with rinsing the pipework out.

The use of  Triple7  Envirobore made for savings in labour and regular maintenance.  In addition to this, it provided a healthier growing environment and improved water flow.

Triple7  Envirobore will not harm stock, waterways, soils, grasses or plants when used as directed, and improves the overall quality of water, leading the way to more efficient plant and feed growth. 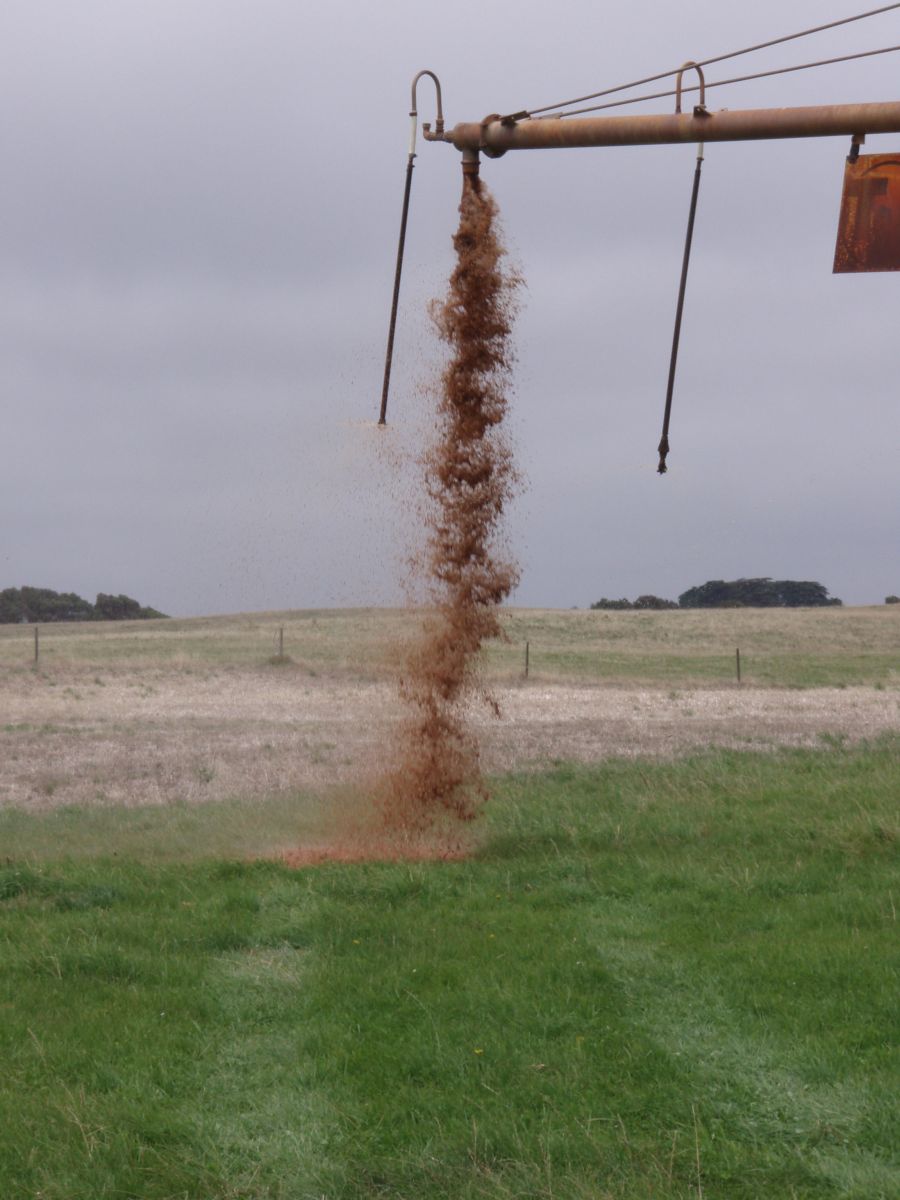 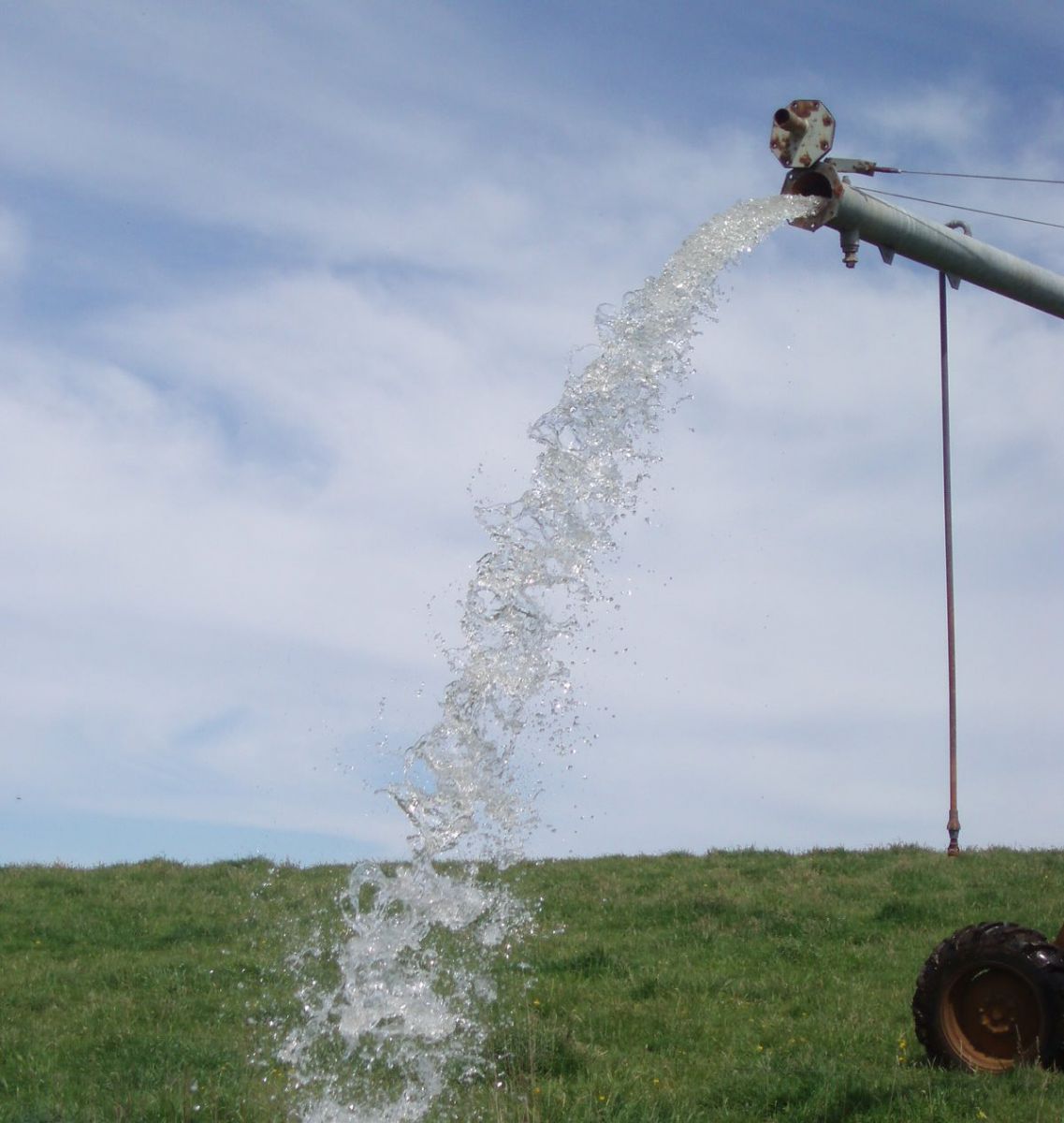 The Situation: Iron Bacteria Build Up

This irrigator and turbine pump were badly affected with iron bacteria. The dropper lines were regularly dismantled to clear them of iron sludge.

Remove the existing build up of Iron Bacteria and set up a low maintenance program to prevent future build up, without harming the plants or stock.

To treat, 20 litres of  Triple7  Envirobore was dosed into the bore over a 20 hour period. This was completed three times over a three week period. The following photos were taken after the third treatment. 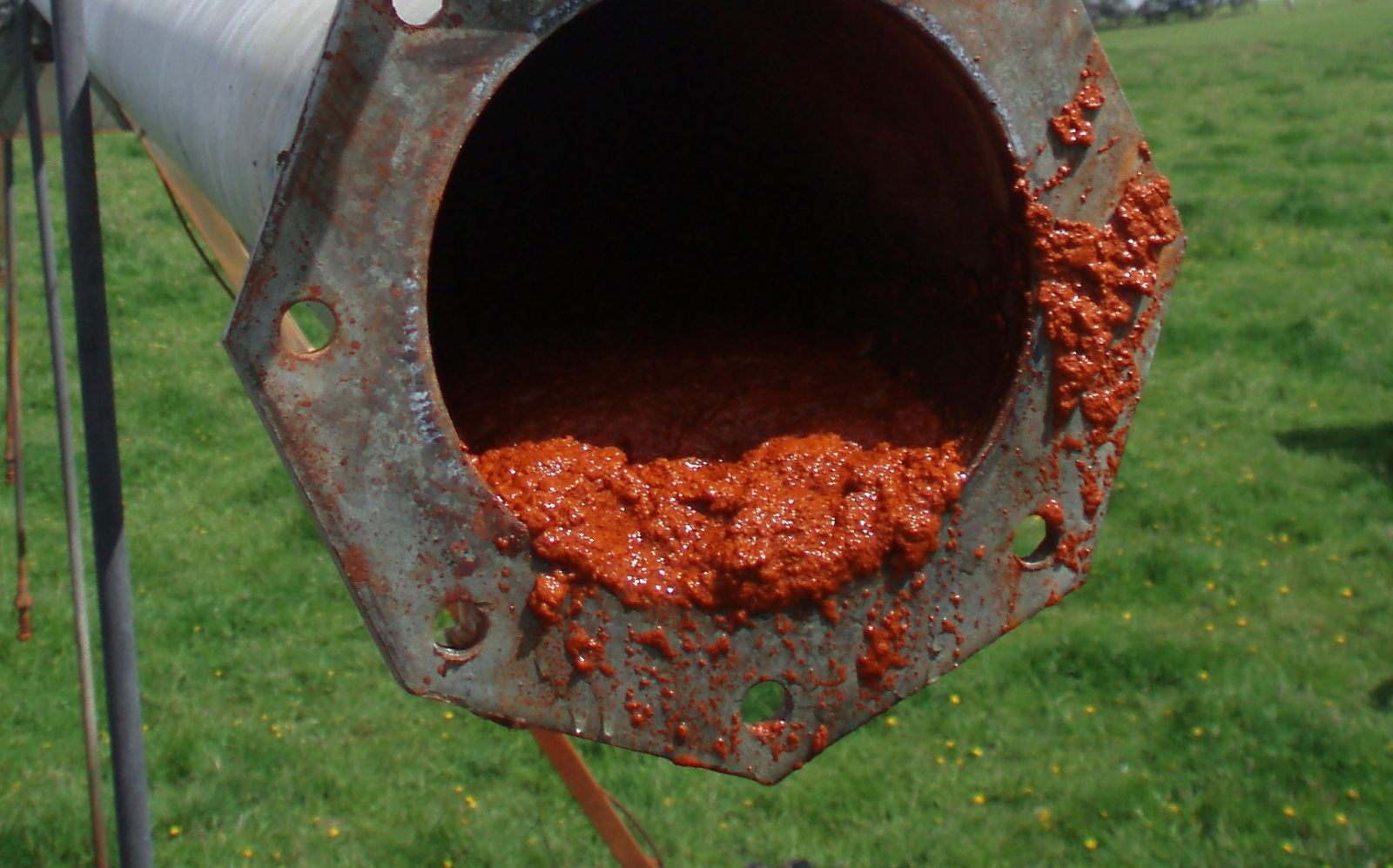 The sludge that previously lined the inside of the pipework, has been released ready for flushing. 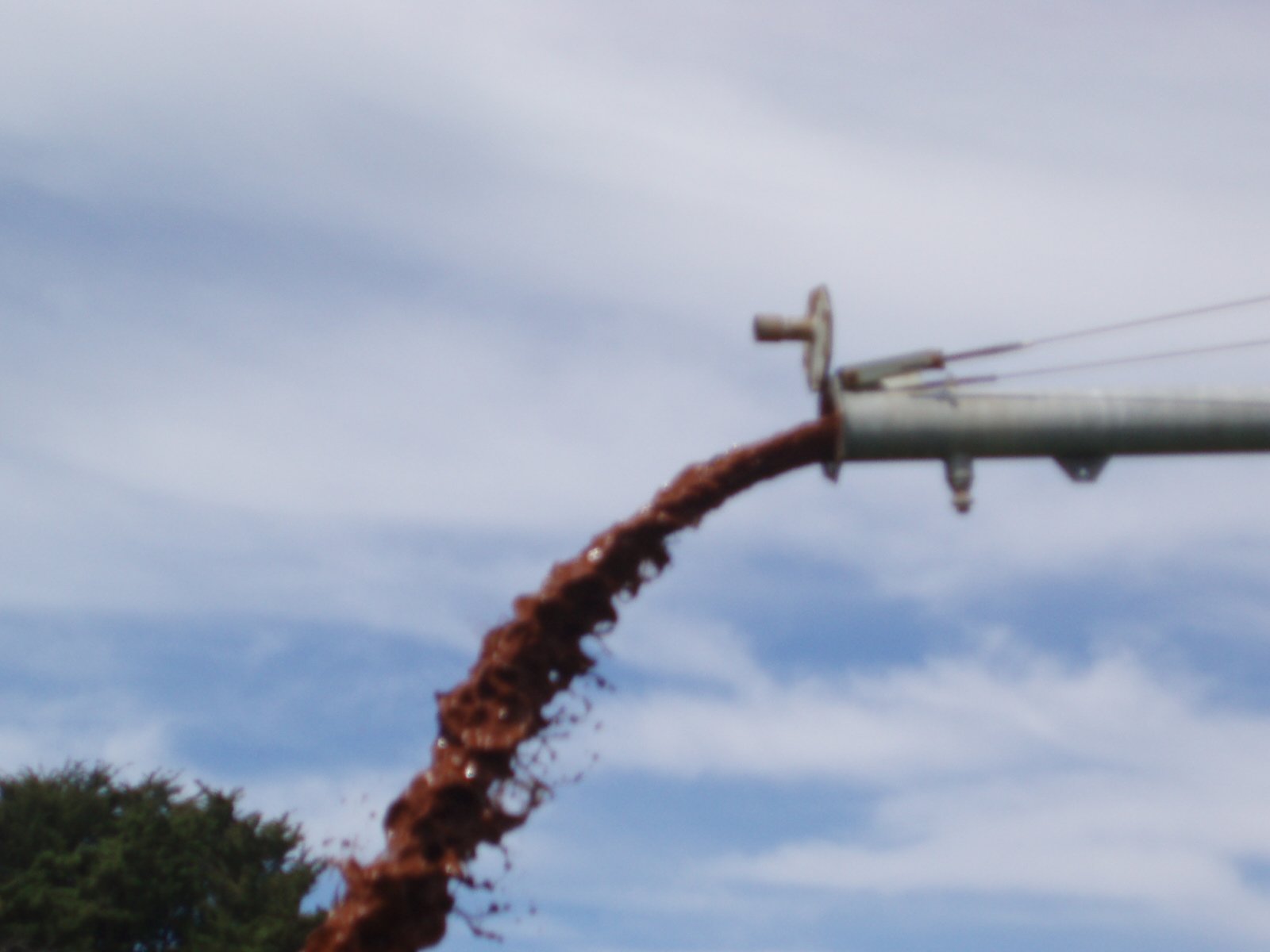 The iron bacteria sludge being easily discharged from the irrigator pipe-line. 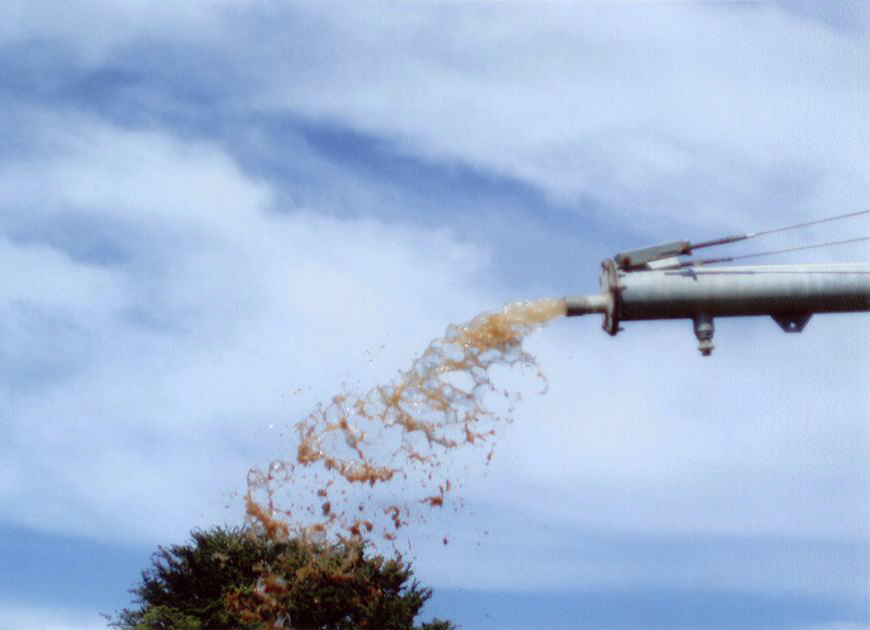 The end cap was re-fitted and the last bit of bacteria was released.

Clear water flowing after the complete removal of sludge from the pipework.

To maintain clear water, 20 litres of  Triple7  Envirobore is now automatically dosed into this turbine pump every month. The treatment is completed over approximately 20 hours each time and this is sufficient to keep the system free of iron bacteria and limits equipment staining.  There is no longer any costly delays with dismantling, cleaning out and servicing the equipment.