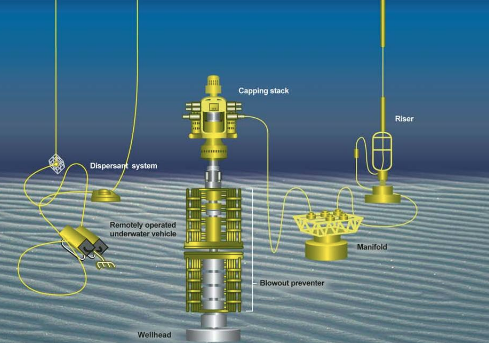 California has a problem with abandoned oil wells.

California’s Central Valley and Coast, there are many communities littered with abandoned oil and gas wells, buried underground and under the ocean.  Some of the wells were never plugged apparently and some may call this natural seepage.  Many of those that were plugged have since failed and are leaking oil, natural gas.  This issue has been largely ignored. Oil and gas wells continue to be permitted without consideration for failing and failed plugged wells. When leaking wells are found, often nothing is done to fix the issue because there are so many issues.

Another community that is being ignore is Santa Monica Bay and the surrounding beach cities of Hermosa Beach, Redondo Beach, Manhattan Beach, El Segundo and Palos Verdes where tar balls and oil wash up on the beach frequently. The locals report seeing oil and the beaches since the 1970's and just claim it as natural seepage.  However, many of these wells were plugged in the 50's and 60's and have never inspected since.  How do we know they are not leaking and causing all of the oil to wash along the beaches each year.  It often gets reported by the "Drive By Media" and never gets investigated.  See this example below.

I have been paddling in the ocean for almost 15 years and always notice oil sheen on the water just off the Redondo Beach break-wall very close to where Phillips Petroleum abandoned wells (now owned by Conocophillipos) are located.  Anyone who paddles in the ocean will tell you its a common occurrence to see oil in the ocean near these pins in the map (see map below).

Everyone I talk with who grew up in the South Bay claims that the oil here is "natural seepage".  I am am skeptical of this theory as I have never seen any documentation, videos or photographs of the ocean floor at this location proving that it is natural seepage.  I do know there were wells drilled here almost 50+ years ago and they have never been inspected according to Doggr oil well records.

Another problem with steaming wells nearby inland, is that there's a chance steam will make its way through uncharted channels underground before coming to the surface in an area not outfitted to receive oil.  Here is an example of Chevron resealing and abandoned oil well from only in 2004 which caused a major oil spill in Bakersfield.  How do we know this isn't also happening here in the South Bay?

Read the full article on the Drilling Maps Blog.