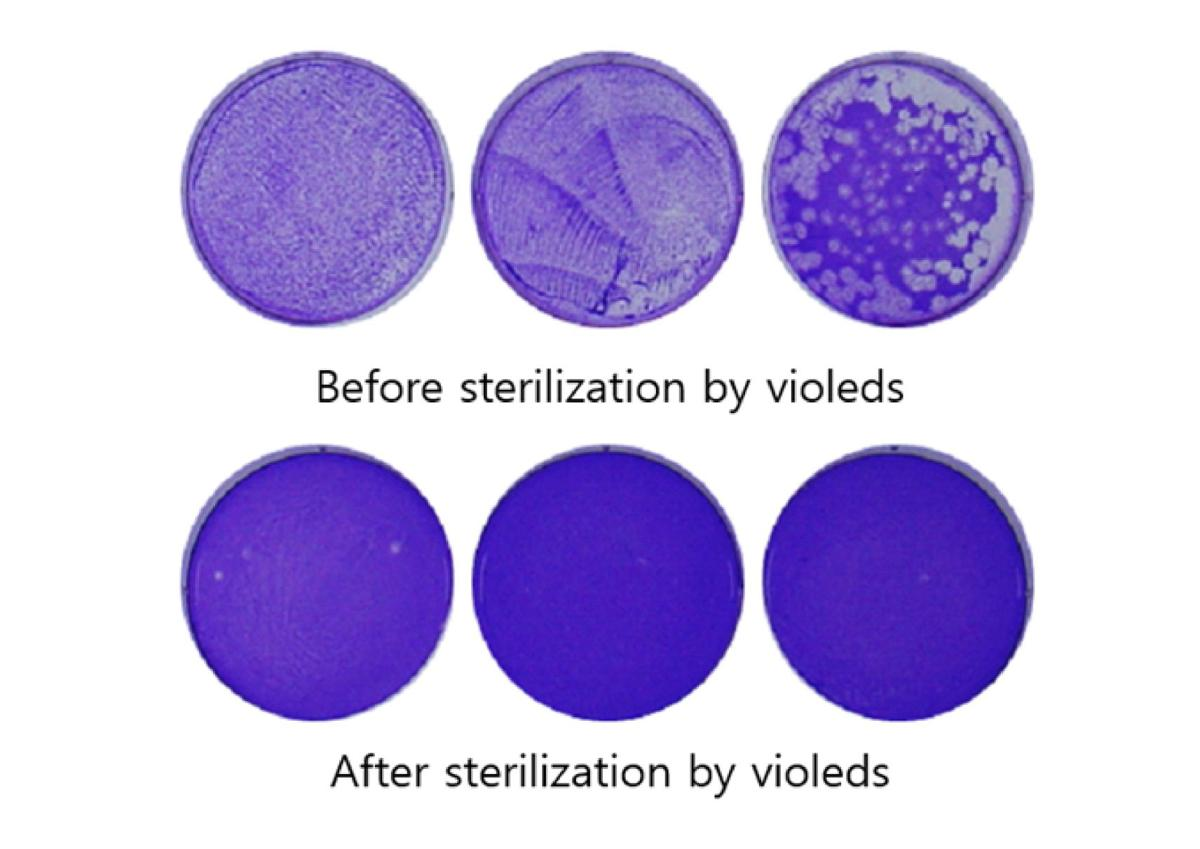 (“SETi”), a leading global innovator of deep UV LED products and technology, announced that it has been successful in achieving 99.9% sterilization of coronavirus (COVID-19) in 30 seconds. Tests were conducted with the research group of Korea University, Korea’s top rank university, by using a compound semiconductor Violeds technology that was developed in partnership with Seoul Viosys in Korea.

As COVID-19 spread throughout the world, SETi and Seoul Viosys, the fourth-largest global LED maker of Seoul Semiconductor’s affiliates, devoted resources to show how Violeds technology can directly sterilize the virus. The goal has always been to provide technology for a cleaner world, and this includes minimizing the spread of COVID-19, while the company will quickly offer strong sterilization solutions for coronavirus in air as well as surface of goods such as facial masks and smartphones.

In the study by SETi and Seoul Viosys, Violeds technology is used to show just how strong the sterilization effect can be on COVID-19 when exposed to Violeds photons for 30 seconds. The study also finds the coronavirus becomes even more sterile when placed closer to the photon with longer exposure time. In addition to testing the coronavirus, the Violeds technology also proved to be successful in sterilizing 99.9% of other harmful bacteria such as Escherichia coli, Staphylococcus Aureus, Pseudomonas Aeruginosa, Klebsiella Pneumonlae, and Salmonella Typhimurium.

Violeds, compound semiconductor technology, is the brand name of technology that utilizes UV LED for sterilization and deodorization functions. This concept clean technology has been developed by Seoul Viosys with SETi since 2005 to prevent germ proliferation through the use of a light source (photon) without the need of chemicals that could be harmful to humans. Violeds technology, which has been recognized for its excellent sterilization and stability, has also been used to clean environments for astronauts at NASA’s space station in the United States. Until now, general commercial applications have been limited, as their lifetime was too short for prolonged use. However, since 2019, new patented technology has extended the previous life span by 50,000 hours, making it now the optimal solution for air purification and water sterilization products.

Seoul Semiconductor, Seoul Viosys of South Korea, and SETi Inc. of the United States, focuses solely on compound semiconductors. The company holds more than 14,000 patents, in addition to spending over $100 million a year on research and development.

About SETi
Sensor Electronic Technology, inc. (SETi), a division of Seoul Semiconductor (KOSDAQ:046890) and Seoul Viosys, is a company based in Columbia, South Carolina, founded in 1999 by four Ph.D., for research and development of compound semiconductors in the United States. In 2005, SETi received the investment and R&D fund from Seoul Semiconductor and Seoul Viosys. For the development project, SETi is also working with the University of South Carolina and the University of California at Santa Barbara, adding depth to its research and development.
Currently, SETi is the only company in the world that can produce UV LEDs from 200nm to 430nm. To learn more, visit http://www.s-et.com/en/.

About Seoul Viosys
Seoul Viosys (KOSDAQ:092190) is a full-line solution provider for UV LED, VCSEL (Vertical Cavity Surface Emitting Laser), the next-generation light source for 3D sensor and laser, and a single-pixel RGB “Micro Clean Pixel” for displays. Established in 2002 as a subsidiary of Seoul Semiconductor, it captured No. 1 market share in the UV LED industry (LEDinside, 2018). Seoul Viosys has an extensive UV LED portfolio with all wavelengths range (200nm to 1600nm) including ultraviolet rays (UV), visible rays and infrared rays. It holds more than 4,000 patents related to UV LED technology. Violeds, its flagship UV LED technology, provides a wide range of industries with optimal solutions for strong sterilization and disinfection (UVC), skin regeneration (UVB), water/air purification and effective cultivation for horticulture. In 2018, Seoul Viosys acquired RayCan, a leading optoelectronic specialist, to add the advanced VCSEL technology which supports smartphone facial recognition and autonomous driving, and has started its mass production. In January 2020, it introduced a disruptive “Micro Clean Pixel” that has the potential to be a game-changer in the display market. To learn more, visit http://www.seoulviosys.com/en/.