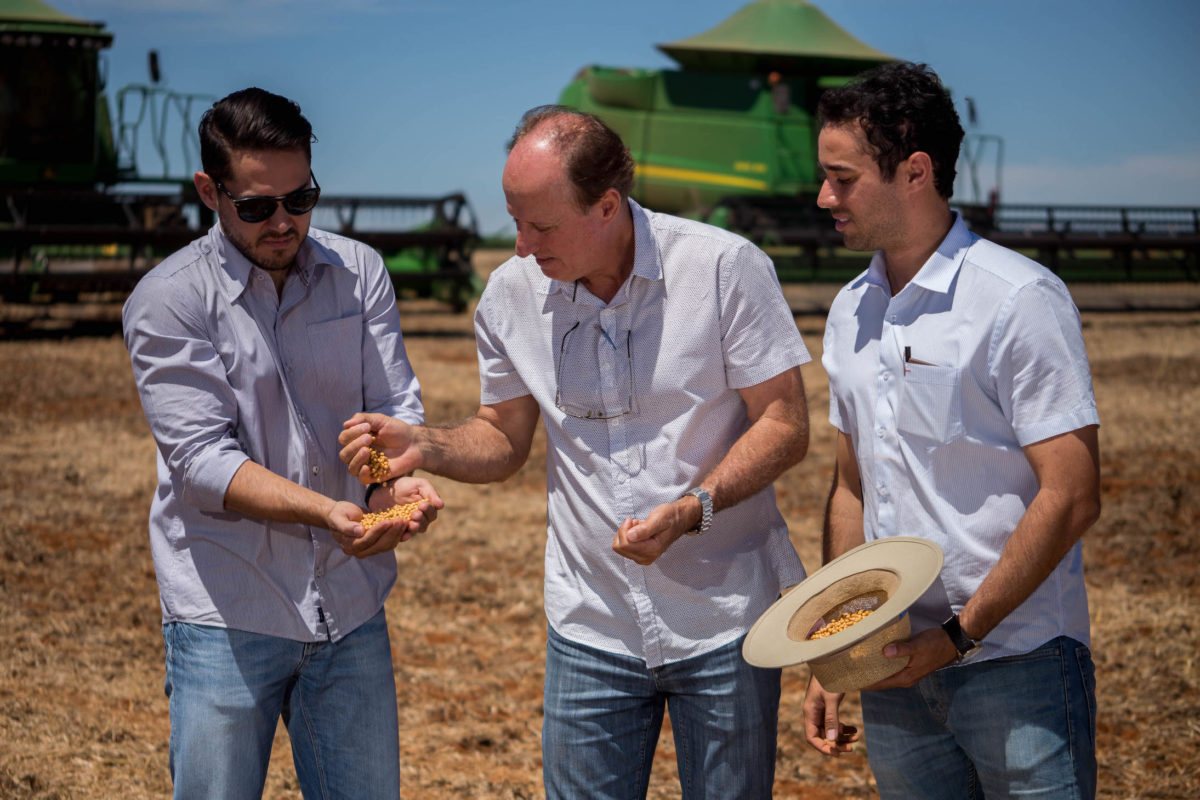 As Brazilian farmer and attorney Henrique Gustavo Fiorese sees it, the future of agriculture depends on technology and sustainability.

Though either concept can be adopted independently, they are increasingly intertwined in modern agriculture, he said, pointing to genetically modified crops that allow farmers like him to reduce their use of chemical pesticides and water-saving apps that identify exactly when crops need irrigation and how much.

Fiorese, who farms with his brother and father in Brasilia, has seen for himself the value of protecting wild nature and employing sustainable practices. They cultivate soybeans, corn, wheat and field beans — a brown bean that is a dietary staple in Brazil — on 2,800 hectares, while leaving 1,200 hectares of native rainforest untouched.

Though Brazilian law mandates farmers to preserve native forest, Fiorese and his family protect far more than the 560 hectares prescribed by law. They also have voluntarily erected fences around the preserve to keep out cattle and deter humans from hunting and fishing. They’ve taken these measures because they recognize both the intrinsic and practical value of protecting the rainforest, which is a critical watershed.

“It has huge trees and rivers that are born there,” he explained. “Most of the water used on our farm is borrowed from this area. We’re responsible for it.  We are protecting it for future generations. We can see that preserving not just the forest, but the soil we plant every year, if you do both at the same time it can increase production. And we get to live with native animals and insects that help us, like the pollinators.”

The Fioreses, who have a partnership with Bayer, implemented one of the company’s “bee care” projects to learn more about pollinators and catalog the species that live on their farm. As part of that project, university researchers conducting insect surveys in their fields recently discovered an entirely new species of native bee.

“It was a surprise,” he said, noting with pride that his family will get to name the new species. “Before we started this, we didn’t know much about bees, only that some produce honey and they are essential to pollination. We didn’t realize the importance of all the pollinators. Now we take more care.”

They’ve even planted a seasonal garden that will supply bees with nectar and pollen, and the farm with honey, as well as herbs and vegetables. “It’s a new project for us,” he said. “Maybe, if it goes well, we’ll have honey to sell. And we’ll have pollinators for the soy and field beans.”