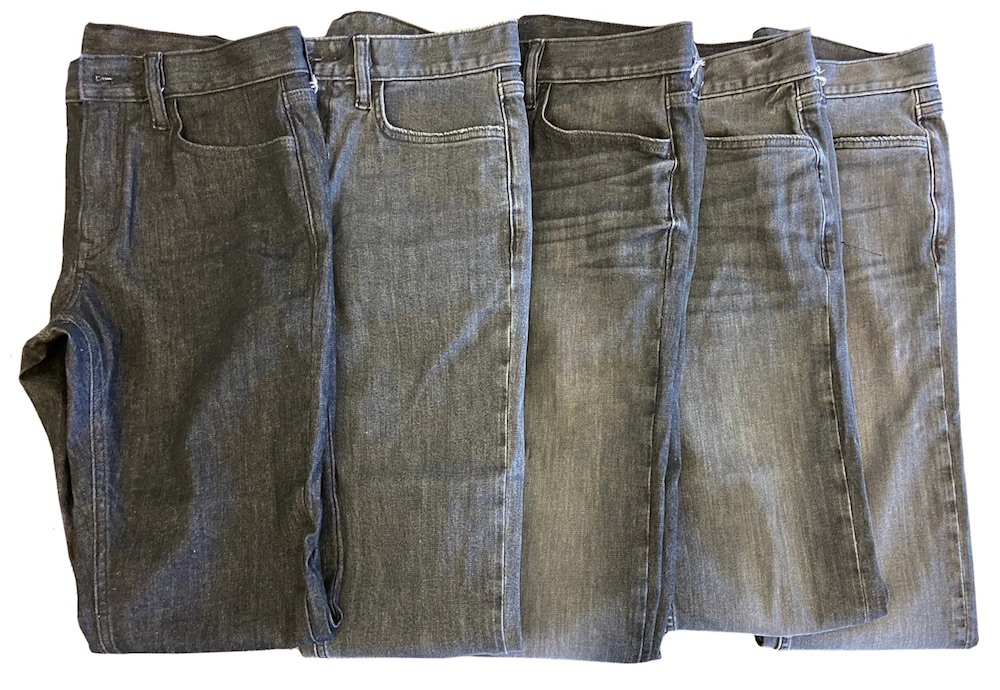 Indigo, it turns out, was just the first part of Tejidos Royo’s foam dyeing journey.

Building on the success of Dry Indigo, the Spanish denim mill is introducing Dry Black for the Fall/Winter 21-22 season. Like its indigo counterpart, Dry Black dyes sulfur black with a waterless technique that also reduces chemical substances almost entirely from the process.

Whereas conventional dyeing would require yarn to be pulled through a dozen boxes, Dry Indigo and Dry Black require none, and therefore use zero water. Just 300-350 liters of water are used to clean the machines.

In a video during Kingpins24, Tejidos Royo sales director José Rafael Royo said the mill has been developing Dry Black for more than a year with an unnamed chemical company.

Banana Republic, he reported, will be the first brand to bring Dry Black products to retail. Customers that have “been loyal” to the Dry Indigo process will have access to the Dry Black technology first, he added.

For Tejidos Royo, the foam dyeing technology “is a totally different animal” from how it used to yarn dye, Royo said.

Tejidos Royo was the first mill to integrate the foam dyeing process, which was developed by Texas Tech University with early-stage funding for development provided by Wrangler and Walmart. The mill introduced it as Dry Indigo at the April 2018 Kingpins show in Amsterdam.

Since then, Dry Indigo has help the company reduce its environmental footprint. From February 2019 to February 2020, Royo the mill has produced 1.7 million yards of fabric using foam dye, resulting in a savings of 4.7 million liters of water, 9,696 tons of chemical products and 803 megabytes of electricity.

And the technology is resonating with brands, particularly as Tejidos Royo has been mindful to maintain “reasonable prices” for the product and not price it out of the market, Royo said.

Wrangler introduced foam dyeing into denim production in 2018, followed by Banana Republic and Gap. 7 For All Mankind, he said, is slated to debut foam-dyed product this summer.

In Europe, Mud Jeans was an early adopter of Dry Indigo, he added, “because they believe in sustainability like there is no tomorrow,” followed by Brax and Diesel. Country Road in Australia is using it and a Japanese brand is on track to add it into its line in the next two months, Royo reported.

“The idea is that in the future, and I believe in five years’ time, everyone—all of the indigo plants—will be using this kind of technology,” he said.