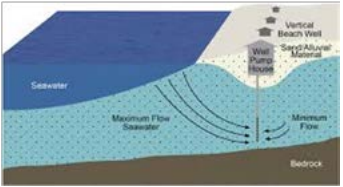 The marine food chain starts with floating microscopic phytoplankton plants, eaten by zooplankton herbivores and in turn, zooplankton provides food for krill and fishes to Whales.

Many aquatic live forms also have the trait of drifting planktonic larval stages for spreading their progeny in the vast ocean arena is the source of life as zooplankton. These biotic representatives naively killed by seawater utilizing industries like power plants, Chloro alkali industries, desalination plants, industrial and domestic waste disposal pollute the aquatic environment and impeding planktonic population.

The mounting pressure on managing environmental issues like climate change The resource partitioning of dwindling capture fishery management drives the policymakers to understand the gross root of the problem and devise mitigation measures. However, the conservation of planktonic biomass found to be the cornerstones for large marine ecosystems and getting scratched.

The said research communication highlighted the lingering issues of impingement and entrainment of seawater intakes and its magnitude of environmental impacts on marine organisms. Current technologies used coarse and fine screening and reported to have a significant environmental impact.

This technology also creates a waste product of sediments and small injured/dead fishes generated by the impingement process required to disposed of as filtration sledge waste to the environment. The impact of microscopic planktonic forms was not quantified and mitigated.

The plankton mortality leads to loss of 20 to 24 lakhs fish fecundity loss (for two species only) per annum by a 1230 MV coastal power plant located along the Bay of Bengal coast India (Jebarathnam et al. 2018).

In general, fish fecundity has considered as the maximum physiological potential of the reproductive capacity of an individual (usually female) over its lifetime. However, the magnitude envisioned on a larger scale by considering various other industries

Many other economically important fish species listed above in the calculation envisages the looming danger of extinguishing the planktonic resources. It is also worth considering these planktonic resources on climate change mitigation agents to contribute to dissolved oxygen production and carbon dioxide sink through photosynthesis of phytoplankton. However, prefiltering of these microscopic aquatic life forms through the ocean bottom sediments by a technology called subsurface intake systems or beach well system for a commercial seawater intake system is envisioned (Abdullah & Missimer, 2016).

The sea bed sediments act as a natural separation barrier for adult and juveniles of marine organisms, including fishes. Since subsurface intakes collect source seawater through the ocean bottom and coastal aquifer sediments do not exert an impingement type of impact on the marine species contained in the open seawater and solve the twine issues of impingement and entrainment by a single technology.

This beach well technology also has utility in controlling the spread of non-native species through ballast water from the shipping industry and avoiding biofouling in intake pipelines of marine water utilizing industries.