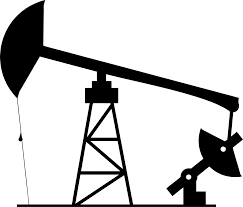 Wyoming ranks fifth nationally in volume of produced water. Produced water — or the water that surfaces during hydraulic fracturing and well treatment — is often chock-full of salts, metals and other chemicals.

According to Wyoming’s Center of Excellence for Produced Water Management, oil and gas reserves in the U.S. pump out about 2.4 billion gallons of water every single day. Many in the industry consider produced water as a waste product and nuisance.

This month, the scientist received a $1 million grant from the U.S. Department of Energy to develop new membrane technology that operators could employ to treat the water and capture additional natural resources.

The billions of gallons in water discharged daily during drilling could then be reused for industrial purposes. Brant and his team plan to create two membrane prototypes using electrospinning and electrospraying processes.

When wastewater discharge flows into an evaporation pit, it often contains residual oil as well as benzene, toluene, ethylbenzene and xylene compounds (or BTEX, for short). Operators throw out a majority of the produced water, often using deep well injection. But this disposal of some 60 percent of produced water can carry steep environmental and financial costs.

Through his research, Brant aims to limit the loss of uncaptured natural resources by developing a cost-effective way to recover the oil and BTEX. Eventually, the treated water could be reused for industrial purposes.