Climate change likely to amplify the floods in HKH region 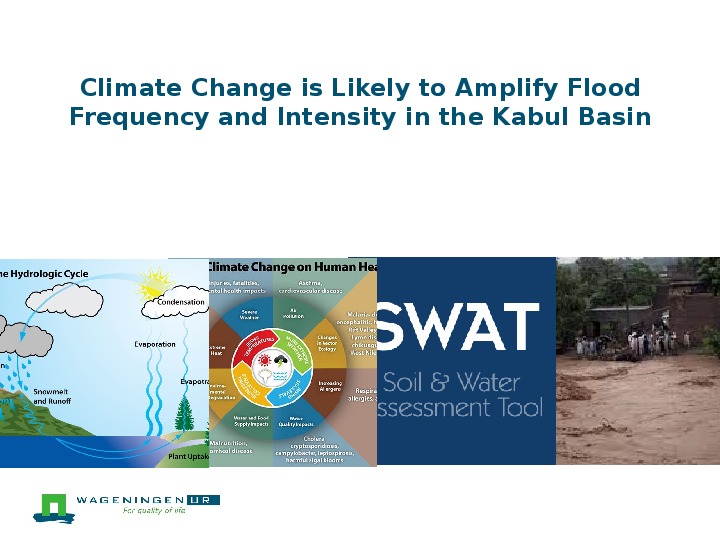 Historically several floods occurred in the HKH region, including the most devastating flood of 2010, which killed about 1900 people. According to the available data, losses worth of about 10 billion USD have occurred since 1965 due to floods in the Kabul basin (Baig 2008, Tariq &van de Giesen 2012). This study, therefore, using the SWAT hydrological model and FFA simulated the Kabul river discharge for the past and future time periods (near (2031-2050) and far future (2081-2100)) using two different scenarios: RCP 4.5 and RCP 8.5. FFA has been carried out using historic (1981-2015), near and far future annual peak flows. Main conclusions and recommendations of the current study areas following:

The Kabul basin is part of the Indus river system, which is opined to be the hotspot for climate change impacts in future. The Kabul basin is densely populated with a higher flood risk in lower parts of the basin. Results and analyses presented in the current study are vital to understand climate change impacts on river flow variation and extreme events in the HKH region. Kabul basin suffers from annual floods and in particular the 2010 flood had devastating impacts. This first flood frequency study in this basin shows that floods likely increase in severity. The peak flow for 2010 is expected to occur every 2nd – 24th year in the near and far future for RCP 4.5 and 8.5 and three out of four models. Climate change adaptation measures should be incorporated in water plans for this basin to prevent such extreme floods. The current study also suggest to carryout similar analysis in other sub-basins of the HKH-region to mitigate floods risks and to minimize loss to human lives and property.