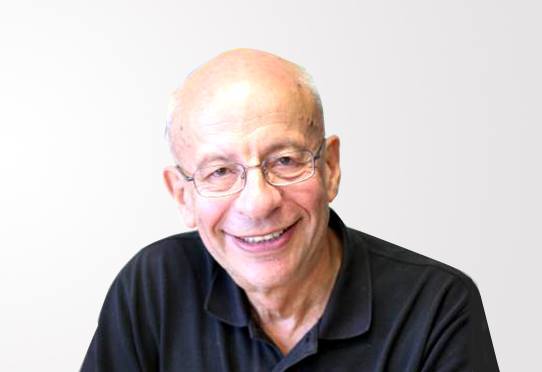 Dr. Jean Fried as Professor of Fluid Mechanics at the University Louis Pasteur of Strasbourg, France, Expert-Consultant at the European Commission in Brussels and President of the European Institute for Water, and now Project Scientist at the University of California, Irvine, USA,he developed an expert competence in directing multidisciplinary and multicultural professional groups of scientists, policy-makers and planners, administrators and their technical staff, to prepare the scientific background of water legislation in the European Union (EU), and draft the corresponding water laws.

He also directed water governance capacity-building programs of the EU in various countries and regions, such as, among others, the Middle East, South America, the United States, the European Union and most of its member states, Canada, Russia and Siberia, Uzbekistan, South Africa, with an emphasis on water, groundwater and sustainable development. Also, as Senior Consultant of UNESCO, he has worked in education and training in the domain of Transboundary Groundwater Governance and Management.

Answer: The first set of constraints concerns the scientific and technical issues of groundwater management, the uncertainties over the physical and hydrodynamic properties, complicated by the relationships to the land use patterns of the recharge area, which will influence the volume of water recharged to groundwater and its quality. Besides it has been recognized for a long time already that groundwater has not been studied enough and not given the importance it deserves.

The second set of constraints is related to considerations of national policy when an aquifer belongs to different administrative regions inside the same country and is subject to different decision-making institutions and, sometimes, different local legislation. We call such an aquifer a "transboundary aquifer" although it belongs to one country only.

Finally, the third set of constraints is related to international considerations, when the aquifers are internationally shared and belong to different administrative regions and different countries, governed by different legal systems, culturally and historically different and answering different economic and political priorities. The terms "transboundary groundwater" more usually apply to these internationally-shared aquifers. The management of transboundary aquifers, whether internationally-shared or not, is complex because the political boundaries of the decision- making and control authorities do not usually coincide with the boundaries of the natural systems, often creating or emphasizing conflicting interests, either interregional within a given country or international between different countries. Furthermore, in the case of internationally-shared aquifers, this complexity is considerably amplified, on the one hand, by foreign policy considerations, often tending to use water resources and their management issues as a political instrument, and, on the other hand, by misunderstandings related to cultural and language differences. In both cases, besides science and law, another discipline will be required, water diplomacy, or the methodology for negotiations and conflict resolution.

Question 2. What are the unique challenges that countries sharing a mutual aquifer face when compared to those sharing a transboundary river basin? Is it more difficult to manage and cooperate, as the water abstraction from aquifers is harder to quantify?

Answer: Yes it is more difficult to manage a transboundary aquifer than an international river because of the invisibility of such water, the resulting difficulty of identifying the limits of aquifer, the superposition of various aquifers, from free-surface to confined and deep, the recharge zone sometimes located in one of the countries while the aquifer itself is mainly in another. Also, we have to account for possible different political priorities, cultures and languages.

Question 3 . What are the unique challenges in conflict-hit areas and war zones? Is it possible to establish trust between countries for TWRM when there is very little cooperation on other fronts

Answer : In general, analysis of the role of science in the policy process has been based on the implicit assumption that scientific consensus leads to political consensus. That is, scientists first collect data and information as a basis for making the assessment. The assessments are passed on to policy-makers who then consider these in making decisions.

However, it has been noticed that scientific consensus does not necessarily lead to political consensus. Particularly when dealing with issues in a conflict, scientific provision of knowledge about those issues might be affected by other factors than the purely scientific. Thus, the scientific knowledge presented can hardly be labeled a fully "objective account" and it is important to keep in mind that politics and ideology also matter for scientific experts. The experts do have their own interests - both self-interest and altruistic - but at the same time, they are used as a legitimizing or de-legitimizing force by others (including politicians) to suit their own interests. Brante (" Controversial Science: From Content to Contention" Thomas Brante Editor SUNY Series in Science, Technology, and Society 1993 ) argues that "the more important political consequences an issue has, the more likely it is that polarization and controversies within the scientific expertise occur".

As an expert-consultant of the European Commission, the executive body of the European Union (EU), and President of the European Institute for Water for many years, I have been involved in conflict areas when preparing several ministerial Euromediterranean sustainable development conferences. I have observed that the scientists and technicians participating in these various actions were not only ready to discuss together, even when they belonged to conflicting countries such as Israel and its Arab neighbors or Turkey and its Arab neighbors, but also to elaborate practical solutions together and make them feasible, at least on the technical aspects. Of course, cultural differences and their influences on scientific and technical approaches and solutions did sometimes make the exchanges rather difficult but I always noticed a readiness in trying to adjust. The presence of a neutral convener, here the European Commission, has proved beneficial in the research of solutions acceptable by all parties.

But it should be stressed that the scientists and technicians involved were never political dissidents expressing views much different from the official position of their governments, as had been the case for Russian scientists for example. From the observations I made during these actions and the experience I gathered, I feel that pure scientific interests would not have been enough to stimulate communication and exchanges. But at least they stimulated the participants to talk to each other, although their countries were conflicting and communication was officially forbidden, with only a minimal political agreement of their authorities.

Question 4 . What is the role of international organization like UNESCO in TWRM, how can the frameworks like the UNESCO Internationally Shared Aquifer Resources Management (UNESCO-ISARM) initiative and the UNESCO Potential Conflict to Cooperation Potential (PCCP) programme be applied across local political factors? In other words how can these frameworks be universal in their approach?

Answer : I think that these international organizations can play a significant role in terms of education and training. They also can contribute to the awareness raising of political decision-makers. Actually two pilot courses on the sustainable management of transboundary aquifers have already been organized by UNESCO-ISARM, with the support of PCCP, in 2008 and 2010 under my direction.

Question 5 . Are there any practical tools and models developed for TWRM that can tackle multiple stressors and challenges simultaneously?

Answer: I know only of some practical examples that have to be interpreted and cannot be implemented directly as models, such as the agreement between France and Switzerland, the Canton of Geneva.

As a tool, I think that the Resolution 63/124 of the United Nations on the law of transboundary aquifers of December 2008 is already useful from a legal point of view

Question 6. How can we learn from successful TWRM projects - are some of the lessons learnt transferrable to other shared basins/ aquifers around the world? Could you give us an example?

Answer: Yes we can learn from the few experiences around the world and I have given the example of the UNESCO-ISRAM pilot courses as an experience of knowledge transfer

Question 7. What is the future for TWRM, do you expect a positive or a bleak scenario for the next decade?

Answer: I expect a positive scenario because we do not have much choice: many aquifers are shared internationally and their resources are an increasing part of our overall water resources. But we still have to learn how to deal with transboundary groundwater, and this will be done mostly empirically by trial and error, on the one hand, and, on the other hand, we have to teach our experience of the few existing examples.

Being really optimistic, I am presently publishing, as co-editor with Prof Jacques Ganoulis of the Aristotle University of Thessaloniki, a teaching manual on "Transboundary Groundwater Governance: Elements for a multidisciplinary approach (Science/Law/Diplomacy) to Transboundary Aquifer Systems Governance for Sustainable Management and Conflict Resolution" based on the series of examples presented during the two UNESCO pilot courses mentioned above and the corresponding exchanges of ideas.