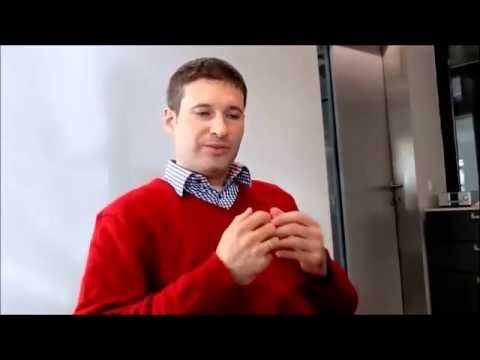 Dr. Martin Elsner, group leader of Environment isotope chemistry, Institute of Groundwater ecology at the Helmholtz Zentrum, Munich talks about Hydraulic fracturing or fracking and its effects on groundwater contamination.

Fracking is used to exploit unconventional gas resources. This is gas entrapped in many small enclosures in a host formation. To create permeabilities so that the gas can escape, a fracturing fluid is injected through a well at high pressure so that small fissures are created in the formation ("fracking"). Subsequently, little grains ("proppants") are transported into the newly created fissures to keep them open. After that, the fracturing fluid flows back to the surface ("flowback") and the gas can be exploited.

To support the fracking process, numerous chemical additives are mixed to the fracking fluid. Some of them can be harmful to the environment (aromatic hydrocarbons, nonylphenols, biocides). In addition, toxic substances of natural origin (petroleum hydrocarbons, heavy metals, radioactive elements) may come up to the surface together with the gas ("production water").

In most cases, the fracking occurs in great depths (up to four kilometers). If the fracking is conducted in the best possible way, in theory, our shallow groundwater, from where we take our drinking water, should not be affected. In practice, however, well integrity may occasionally be compromised. Researchers from Duke University have shown that some of the methane that was found in the groundwater close to fracking operations stemmed from the deep subsurface (Marcellus Shale) and that it must have escaped through one or several leaky wells (Darrah et al., PNAS 2014). Some additional methane was demonstrated to come from an intermediate formation (Devonian) meaning that it must have leaked along the concrete casing around the borehole to the surface. Even though no fracturing chemicals have been found along with the gas so far, these findings indicate that the borehole itself can generate a direct connection from the deep subsurface to our shallow groundwater.

Further, chemicals may potentially enter the groundwater through improper handling of the fracking fluid or of the wastewater, or through leaky wells when wastewater is injected through disposal wells into the deep subsurface.

2. Which are the main contaminants that we need to watch out for?

(see above): To support the fracking process, numerous chemical additives are mixed to the fracking fluid. Some of them can be harmful to the environment (aromatic hydrocarbons, nonylphenols, biocides). In addition, toxic substances of natural origin (petroleum hydrocarbons, heavy metals, radioactive elements) may come up to the surface together with the gas ("production water").

3. Which contaminants are the focus of your research group? What methods do you employ to trace the movement of the contaminants?

We focus on organic contaminants. On the one hand, we are in the process of putting together a comprehensive overview of all reported chemicals. On the other hand, we are collaborating with researchers from Duke University and the Plata Group from Yale University to analyze flowback and wastewater samples.In the field, sampling campaigns are being conducted to monitor concentrations of organic contaminants before and after fracking activities.

4. How fast is the spread of the contaminant plume of the major contaminants? Are they bio-degradable?

To my knowledge, no such contaminant plume has been documented yet. Should such a situation occur, the plume would be expected to spread with the respective local groundwater velocity (typically 0.5-5 meters per day). Many contaminants may spread more slowly, because they sorb to the sediment and many are biodegradable. Still, some hydrocarbon, surfactant or biocide additives as well as some heavy metals from geogenic origin are persistent and can potentially cause problematic contaminations in shallow groundwater.

5. What are your insights on the future of research in this field? What are the next steps?

It is important to get an overview of the substances used and to develop monitoring strategies by selecting indicator substances for fracking activities.

Further, it is important to get an overview of the natural (geogenic) substances which may in addition emerge in the course of fracking operations. Finally, it is important to investigate whether processes in the deep subsurface can transform fracking additives into problematic, as yet unknown transformation products.

Subsequent steps are
- to develop strategies how to treat these compounds in fracking wastewater
- to assess the toxicology of these substances and conduct a risk assessment for the case of accidents
- to accompany existing activities with field-based scientific research in order to investigate the true impact of fracking.

6. How can the scientists and policy makers work together to make sure fracking if needed to be done is done in a safe manner?

- A prerequisite for scientific research on fracking chemicals is that the chemical identity of all additives must be fully disclosed. (According to present practice, substances need not be disclosed if their identity is proprietary information or if they make up less than 0.1% of the additives.)

Currently (Jan/Feb 2015), the German parliament is negotiating a legislative draft which plans to allow fracking operations under the condition that it is for scientific research that makes fracking safer for the environment. The GDCh (German Chemical Society) has issued a press release (6th of Jan 2015, in German) pointing out (i) that such a legislative effort must take into account current scientific research gaps and (ii) that the role of science must be clearly defined. Specifically, (iii) operations must follow the state of scientific knowledge (iv) scientific quality and relevance must be the decisive criterion for permits and (v) the decision about fracking activities that go beyond the scope of scientific research must be made by public authorities, not by scientific expert panels.