Interview of Prof. Asit Biswas about tackling challenges in the water sector 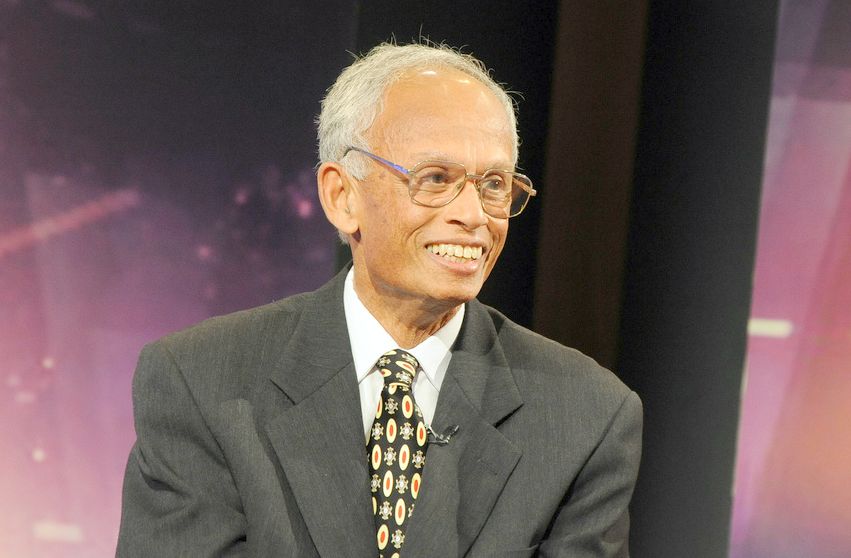 PROF. ASIT K. BISWAS is one of the world’s leading authorities on water and environment. He is a co-founder of the Third World Centre for Water Management, Mexico, and currently Distinguished Visiting Professor at Lee Kuan Yew School for Public Policy, Singapore, he was formerly a Professor in UK, Canada and Sweden. He was a member of the World Commission on Water and a founder of the International Water Resources Association and World Water Council. He has been senior advisor to 20 governments and six Heads of United Nations Agencies and a Past President of the International Water Resources Association. He advises Chairman of the Board or CEOs of four multinational companies on corporate strategies, technological issues and social responsibilities.

Among his numerous prizes are Crystal Drop and Millennium Awards of International Water Resources Association; Walter Huber Prize of American Society of Civil Engineering; Honorary Degree of Doctor of Technology from University of Lund, Sweden; and Honorary Degrees of Doctor of Science from University of Strathclyde, Glasgow; Helsinki University of Technology; Indian Institute of Technology, Kharagpur; and Indian Institute of Technology, Bhubaneswar. He received the Stockholm Water Prize, for outstanding and multi-faceted contributions to global water resource issues. Reuters named him one of the top 10 water trailblazers of the world. In 2015, was named the world’s second most influential water industry leader.

He is the author of 83 books and over 650 scientific and technical papers. His work has been translated into 37 languages.

The water network research team had the pleasure to interview Prof. Asit K. Biswas and get his opinions on challenging issues in policy making in the water sector particularly in the developing countries. Link to all his publications, opinions/insights and interviews can be found at http://thirdworldcentre.org/

Q1. What were your motivations and the reasons for the development of the Third World Centre for Water Management in Mexico?

Answer : After spending 18 years in Oxford, I wanted to see whether many things that are taught in universities are actually implementable in the real world, especially in developing countries. My wife is a Mexican. We thus decided to set up a think tank in Mexico, the Third World Centre for Water Management. Sadly, we found many of the paradigms universities are teaching and the donors are pushing, like Integrated Water Resources Management (IWRM) and Integrated River Basin Management (IRBM), will never work in a country like India in thousand years. Thus, our Centre has been arguing strongly on what works, where, how, under what enabling conditions, and also what does not work and why, like IWRM or IRBM based on analyses of available data and facts. For example, in India, with extensive inter-basin transfers over decades, the definition of a hydrological basin has undergone remarkable transformation because basins are getting increasingly interconnected. Yet, we are still parroting the use of IWRM and IRBM because they have been and are still fashionable, though increasingly getting less so. This has to change.

Q2. From your diverse experience in the water sector; what are the major challenges that public sector in different countries face to achieve efficient water management?

Answer: Let us take the example of India, contrary to popular belief; in a country like India, the main problem with water management is not lack of money, availability of technology or capacity. India has all these to have one of the best urban water management in the world. There is NOT a single conceivable reason as to why any Indian town or city of more than 200,000 population cannot have a reliable and financially viable supply system that can provide 24-hours water that can be safely drunk from the tap. Longer tenure and selection of officers with know-how of the water sector is necessary to help the officers accomplish their designated tasks.

Q3. How best can public sector collaborate with private sector and NGOs to overcome these challenges?

Answer: The discussions on whether public or private sector is the best, or if public-private partnership (PPP) is most appropriate, is simply a red herring. The legendary Chinese leader, Deng Xioping, once told me: “Prof. Biswas, I don’t care if a cat is white, black or grey; what I want to know is if it can catch mice.” Extending his argument, and from my perspective, I do not care who or how the water services are provided by public or private sectors or through PPP, as long as they are efficient, equitable and reliable. Contrary to popular belief, the world’s most efficient water utilities are in the public sector, like in Singapore, Tokyo or Phnom Penh. Equally, some of the world’s worst performing utilities, like vast majority of the Indian utilities, belong to the public sector. It is all about management.

Q4. With your extensive experience in Singapore, could you tell us the major lessons Singapore has learned and put into practice efficiently in urban water management that is transferable to other cities/countries around the world?

Answer : The major difference between Singapore and India is that from 1965, Singapore had a Prime Minister, Lee Kuan Yew, who realized that water is a strategic and existential issue. He told me that he had three people in his office during his entire 25-year in power who reviewed and assessed all development policies and projects through the lens of water. He wanted monthly reports over 10 years on the clean-up of the Singapore River. If the plan falls behind for even one month, the civil servants responsible had to explain to him the reasons why it had happened and what was being done to make-up the shortfall. With this type of high-level sustained political interest, not surprisingly, the Singapore River was cleaned-up within the planned 10 years!

In addition, the Water Ministers, in fact all Ministers in Singapore, are some of the best and the brightest in the world. To give one simple example, if I send an e-mail to the Minister of Environment and Water by 7.00 am any day, the chances are 90% that I shall get a personal response by 09.00 am the same day. In contrast, the last letter I had arranged to be hand delivered to the current Indian Water Minister over a year ago, I am still waiting to receive an acknowledgement, let alone a response!

Not only Singapore has superbly efficient and intelligent ministers but also it consistently appoints similarly superb heads of Public Utilities Board (PUB), which is similar to the Delhi Jal Board (DJB). The last three Chief Executives of PUB who I have dealt with are simply miles and miles above the competence and dedication of the DJB chiefs. There is simply no comparison of people at the top echelons of the two countries. The results in the two countries speak for themselves.

Q5. As an academician in which disciplines would you like to see more research happen to get better ideas from research to practice?

Answer: The main problem with most academics is that they live in ivory towers and have very limited understanding of what works or does not work in the real world. I have no problem with academics living in ivory towers as long as it is not their only place of residence. Sadly, much of the water-related research I am seeing coming out of the academia are in the real world. Not surprisingly, there is a significant disconnect at present between academic and implementable solutions. Policymakers all over the world now accept academic advice in limited cases.

Q6. How can the link between academics and policy making be strengthened further?

Answer : Over the recent decades, policy-makers are looking for academics that belong to their own parties and are not looking for the most competent persons who can give them the best policy advice. Politicians are not even considering apolitical academics. Sadly, they subscribe to John Foster Dulles’ view: “if you are not with us, then you are against us.” Thus, many second-grade academics have joined, or actively supporting, specific parties and enjoying the benefits of this affiliation when their party is in power.

Answer : Very simple. The politicians and bureaucrats have to understand that with increasing population, urbanization and industrialization, periodic rhetoric of water pollution control will not solve the problem. Sadly, I do not see much option but a very serious water pollution crisis happening in India in the foreseeable future which will affect thousands and thousands of people. The people will then take the politicians and bureaucrats to task and the media will hold their feet to fire. Such a crisis, with increasing water pollution, is not a question of if, but rather when. Sadly, only after a very serious crisis, India is likely to awaken from its long lethargic water quality slumber.