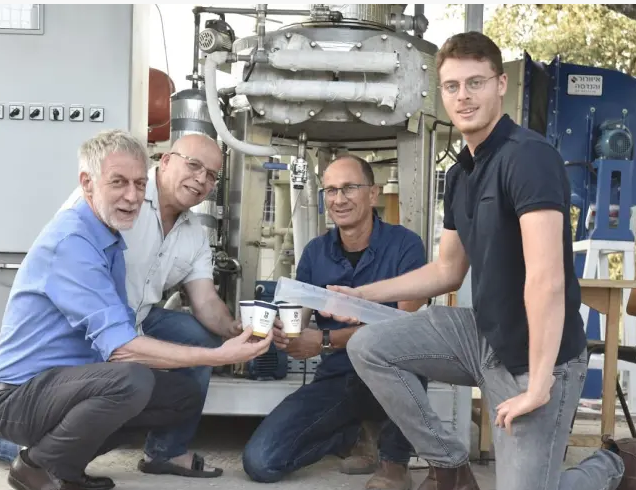 Researchers at the Technion-Israel Institute of Technology in Haifa say they have developed a stand-alone system capable of producing water from air, including in desert regions.Described as the “first technology of its kind in the world,” the energy-efficient system aims to assist small and isolated communities far from freshwater and saltwater sources.

Unlike existing water-from-air technologies, based on cooling condensation techniques, the system is based on a two-stage cyclic process: first separating moisture from air by absorption using a highly concentrated saline solution, and then separating the moisture by condensing the vapor under subatmospheric pressure conditions.
“Besides being energy efficient, the new technology offers an additional advantage: As part of the process, the water undergoes also pollutant-removal processes,” said Prof. David Broday, who developed the technology with Prof. Eran Friedler.“Our technology turns water into a commodity as it enables water to be produced anywhere in the world without being dependent upon existing sources of liquid water,” he said.Approximately 13% of the world’s population is expected to face insufficient availability of drinking water by 2025, according to World Health Organization estimates. Ensuring universal access to water and sanitation is one of the United Nation’s 17 sustainable development goals for 2030.